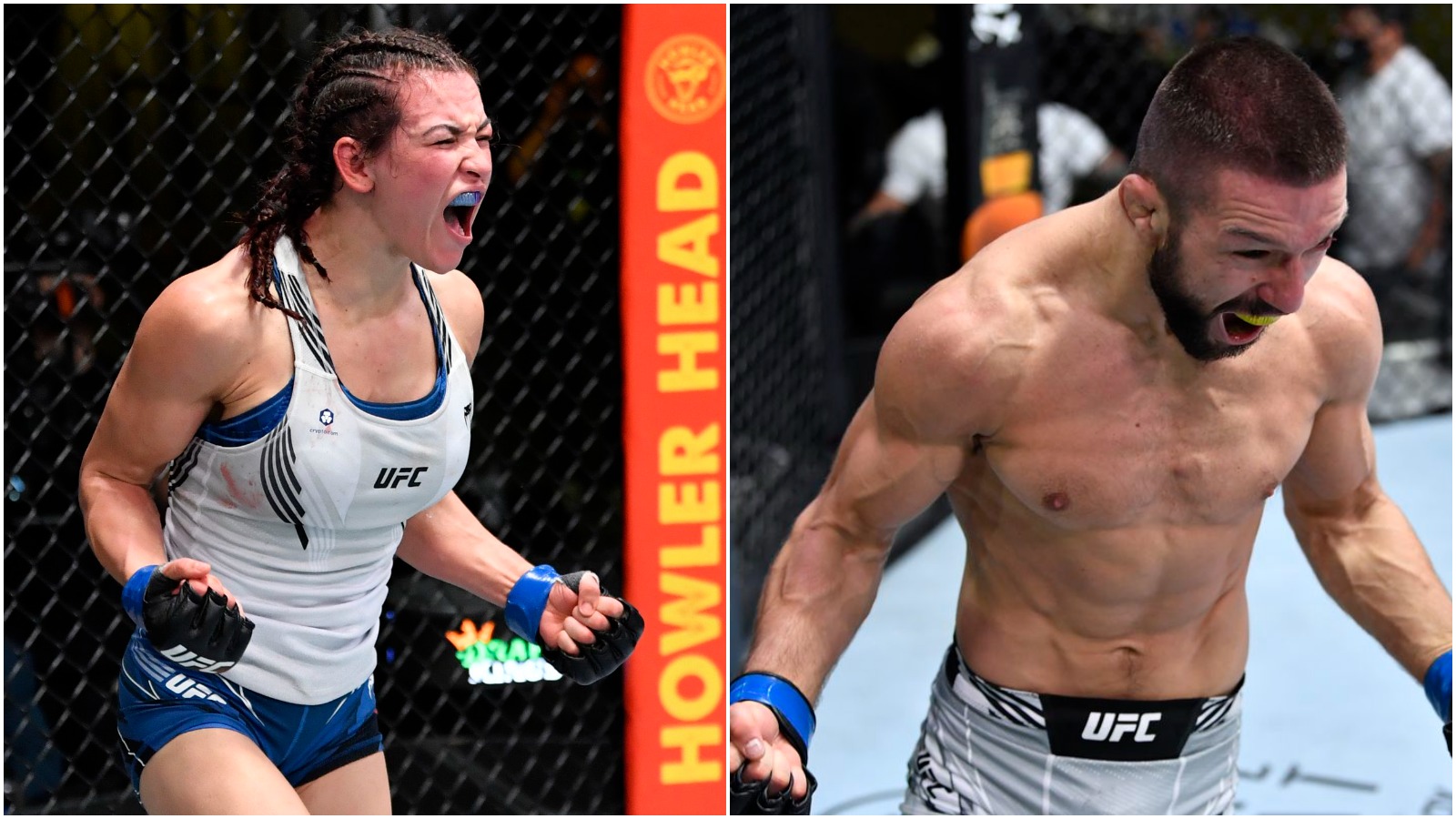 UFC Vegas 31: Makhachev vs Moises just concluded. The event was headlined by Islam Makhachev vs Thiago Moises, a lightweight bout. It also marked the return of former UFC women’s bantamweight champion Miesha Tate after a gap of almost 5 years. She had last fought in 2016 at UFC 205. Tate faced veteran fighter Marion Reneau.

Veteran fighter Jeremy Stephens was also featured in the card. ‘Lil Heathen’ took on Poland’s Mateusz Gamrot. There were two other fights in the main card, which saw middleweight Rodolfo Vieira take on Dustin Stoltzfus. A featherweight bout between Gabriel Benitez and Billy Quarantillo kicked off the main card.

Miesha Tate, Mateusz Gamrot and four others strike it rich

Miesha Tate earned a stunning TKO win over Marion Reneau. She hardly looked rusty, despite not stepping inside the Octagon in five years. In fact, it looked like she rolled back the years to the time she won the women’s bantamweight championship against Holly Holm at UFC 196. The win earned her the Performance of the Night award.

Mateusz Gamrot needed just 65 seconds to see off the experienced Jeremy Stephens. The Pole executed a perfect Kimura causing Stephens to tap. Gamrot walked home with an extra $50,000 as the win earned him the Performance of the Night award. Two other Performance of the Night Bonuses were handed out to Rodolfo Vieira for his third-round submission victory over Dustin Stoltzfus, and to Rodrigo Nascimento Ferreira (prelims card) for his stunning knockout win over Alan Baudot.

Gabriel Benitez and Billy Quarantillo went to war before Quarantillo knocked out Benitez in the dying minutes of the final round. Both the fighters earned the Fight of the Night bonus. Surprisingly Islam Makhachev wasn’t handed out the Performance of the Night Bonus.