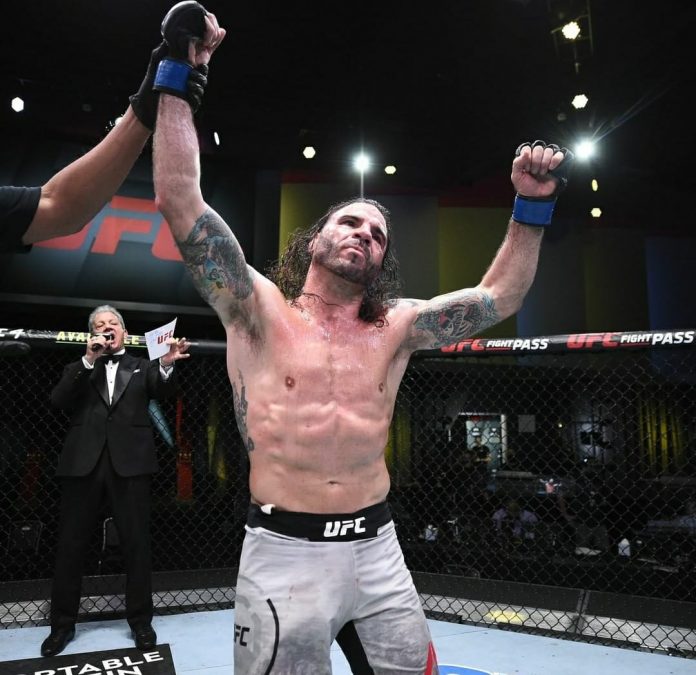 In another Lightweight contest of UFC Vegas 18, UFC veteran Clay Guida (35-17) stepped inside the Octagon against Michael Johnson (20-16).

Round 1: Guida started the round by landing punches at the start of the round. He tried to further rush forward and eats a right hand from Johnson. High kick lands from Guida. He lifts Johnson in the air and slams him down. Guida tried to stay heavy and control Johnson on the ground.

Both of them stand up and Guida relentlessly pushed forward and Guida lands a big right hand. Big hooks traded and Guida closes the round with a nice jab.

Round 2: Guida started attacking Johnson early in the round and while retreating Johnson lands some nice and heavy shots. Guida attempted a takedown and Johnson is in the seated position. Johnson is avoiding the pressure and Guida tries to slip in the back to grab the neck.

Johnson looked desperate to switch off. Guida relentlessly pursuit Johnson and lands a knee. Johnson attempted a takedown but Guida lands a big punch and the bell sounds.

Round 3: Guida still moved at full speed. Johnson tried to swing some powerful shots but Guida dodged them all. Guida fakes some punches and knees and attempted a takedown. Guida gets Johnson in a seated position and attempted a rear-naked choke. It looks deep but somehow Johnson survives it. Guida finishes the round on back.