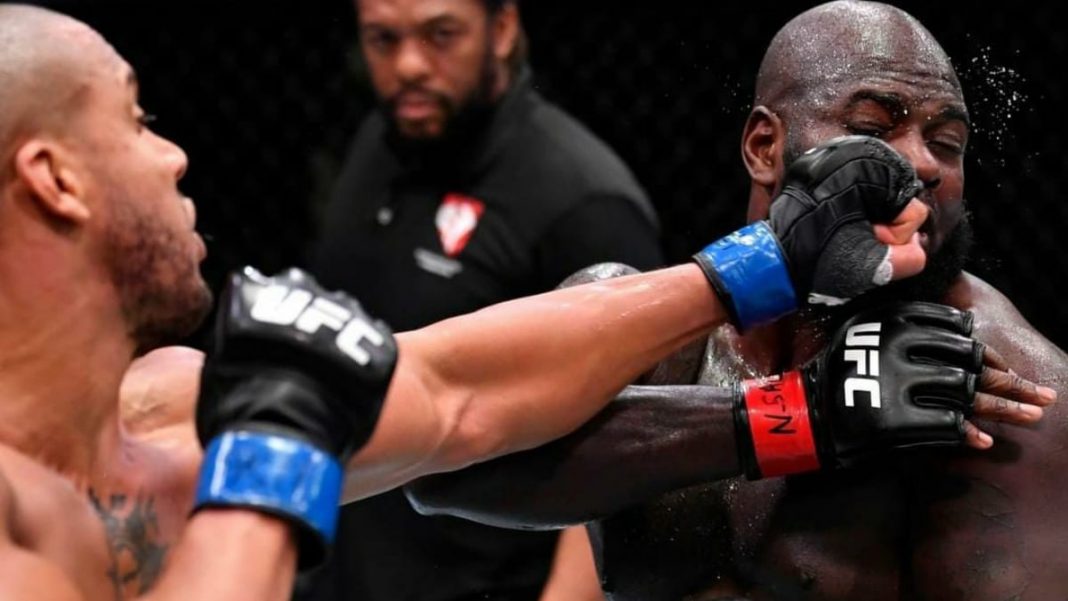 In the main event of UFC Vegas 20, the heavyweight giants’ number 4th ranked Jairzinho Rozenstruik stepped inside the octagon against number 7th ranked Ciryl Gane. Gane is still undefeated in his MMA carrier and Rozenstruik is his first major test.

Round 1: Both of them measure each other for a minute before Rozenstruik inched close and swings a wild strike but missed. Gane short on a low kick and lands a crisp jab. He again landed a front kick followed by the fury of punches and Rozenstruik looked for a counter.

Rozenstruik swung big but missed. Gane throws a left hand and Rozenstruik sneaks in a short elbow. Both of them are clinched in the cage and Gane picks Rozenstruik up and drops him on the canvas. The round ends.

Round 2: Gane throws a jab at the start of the round and Rozenstruik switched his stance and goes back to southpaw. Rozenstruik again switched to orthodox and lands a jab. Gane constantly changed his level and Rozenstruik waiting for that one big shot.

Gane working well on the jab and Rozenstruik landed a heavy shot before the horn sound.

Round 3: Gane continued to land his jabs by mixing them with switching stances and attacking the leg. He tried to land a high kick but blocked by Rozenstruik. Gane tried to attempt a takedown and Rozenstruik still swinging but not finding home for his shots.

Gane eats some shots from Rozenstruik within the close range and low kicks from Gane and Rozenstruik fired two more big punches and missed again.

Round 4: Rozenstruik needs one shot to finish this fight but he is not finding the range for his shots today. Gane pumped some more jabs and he attempted a takedown and Gane lands a hard knee to the body of Rozenstruik. Gane is respecting Rozenstruik’s power but also landing some nice shots.

Left hand scores for Gane and Rozenstruik lands a heavy shot to the body. The fight moves to final round.

The fight ends and looks like a clear win for Ciryl Gane.