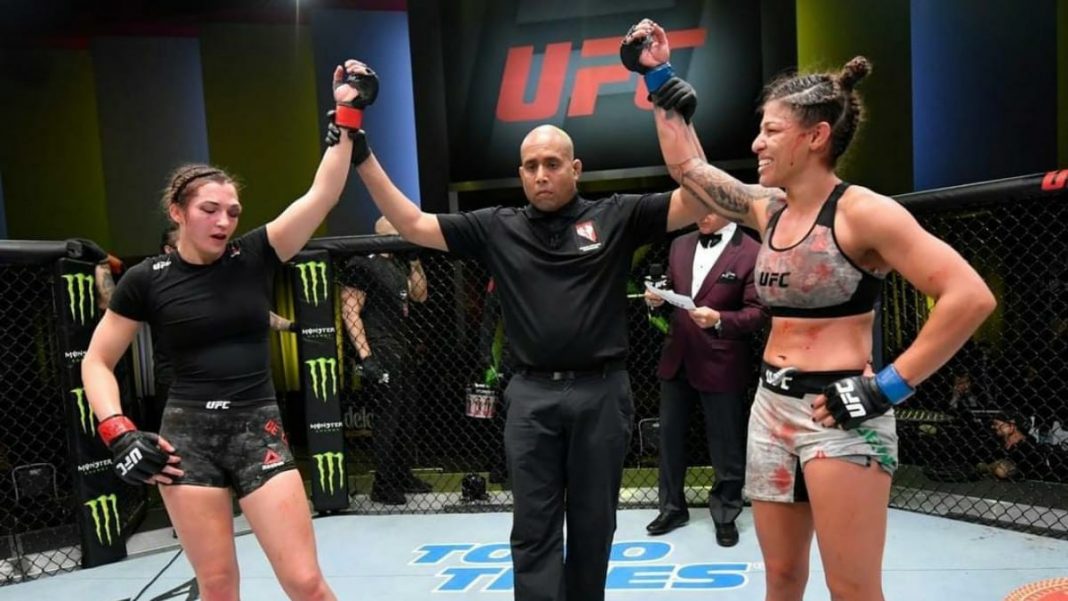 In the women’s flyweight contest of UFC Vegas 20, Montana De La Rosa (11-6) stepped inside the octagon against Mayra Bueno Silva (7-1). Bueno Silva only lost one fight in her whole carrier and she is going to be a real test for De La Rosa.

Round 1: De La Rosa started the round with a jab followed by two punches. She looked aggressive in the start and Bueno Silva responded to her with a leg kick to the body. De La Rosa shoots a takedown but Bueno Silva came in a commanding position and tried for a guillotine but De La Rosa survived.

De La Rosa backed in quickly and landed some body shots and Bueno Silva immediately shoots for one more takedown. The horn sounds.

Both of them back in standing and De La Rosa lands a knee and nasty elbow. De La Rosa continued to build pressure throughout the round by takedowns.

Round 3: Bueno Silva started the round with a Thai clinch followed by a knee to the body before De La Rosa finally pulled herself away. De La Rosa tried to move and find a way for one more takedown. De La Rosa caught the left leg and pull down Bueno Silva to the ground.