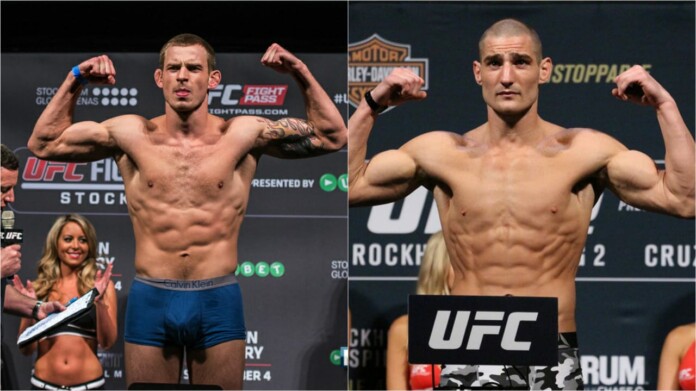 Round 1: Jotko began the round as the aggressor as Strickland walked right into the left. Jotko is not stationary and is very quick on his feet. Strickland looking calm and is looking to take on when the opportunity knocks. Both the fighters get into a flurry of exchanges but Jotko resets and attacks. Jotko trying to get creative and tries a spinning back fist but fails with it. Strickland though more calm than Jotko, ends up having more strikes landed. The bell goes for the round.

Round 2: Strickland once again does not look frustrated and is very calm. The composed and collected Sean looking to walk down Jotko this round too. Jotko seems to be moving a lot for someone looking to land punches at as calm as Strickland. Legs put a work a bit by Jotko. Body shots landed by Sean and chops the leg too. Jotko struggling to get his offense going with a momentum but does not take too much damage himself. Both the fighters end their game on feet once again.

Round 3: Jotko looking to get a little more aggressive. Strickland has a composed demeanor and does not rush anything as he continues to dominate the fight. This time Sean throws heavier punches and slips away from any danger with ease. Jotko does not seem to find a good connection with his offense. A little bleeding from his nose, but no other damage done by Sean. Strickland goes for body kicks and a solid right. A big knee fired at the bell.