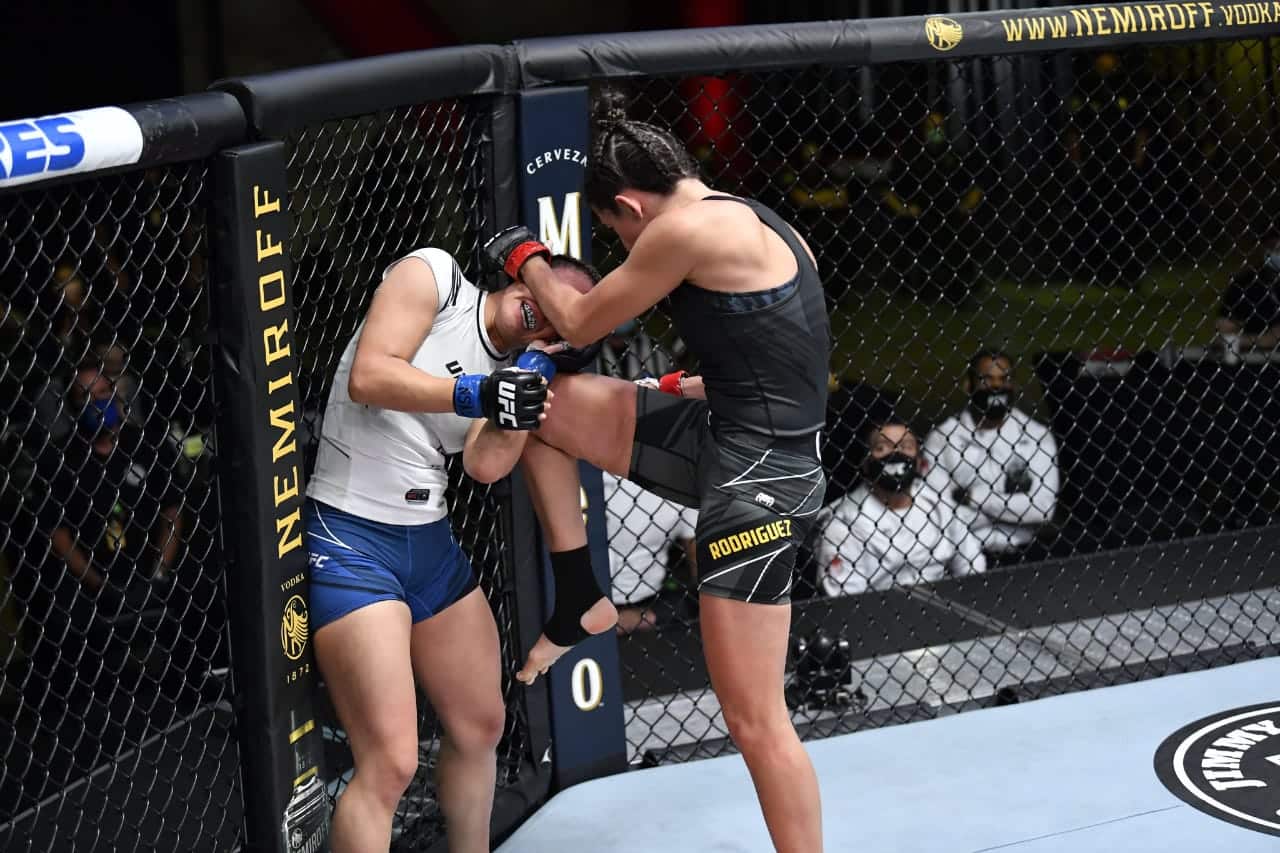 UFC Vegas 26 main event fight is a flyweight bout between #6 ranked fighter Marina Rodriguez and #9 ranked Michelle Waterson held at the UFC Apex, Las Vegas. Marina Rodriguez is coming off a win against top fighter Amanda Ribas with a record of 13-1-2. Meanwhile, MMA veteran Michelle Waterson is coming off a win as well against Angela Hill in 2020. Both these fighters are not fighting in their usual weight at the main event of UFC Vegas 26.

Round 1: Waterson is moving side to side to nullify Rodriguez’s range. Waterson punches have not been landing due to lack of reach but very quick to switch up with kicks. Marina finds a couple of jabs to land but nothing too serious. Low kicks are thrown to the body as Rodriguez loses balance but manages to stay upright. Pressing from Marina to get Waterson against the cage accompanied with a couple of knees. Bell goes.

Round 2: Huge kick from Rodriguez to start the round. Great intensity in the fight. Waterson has her guard up to protect her left eye. Rodriguez has another right hand landed. Great offense from Marina. Waterson looking for a takedown but great defense from the opponent. Waterson with a sidekick with her back against the cage. Leg kicks traded between the fighters. Michelle has nothing but kicks to land. Waterson with a failed leg takedown attempt. Both trade leg kicks till the bell.

Rodriguez and Waterson go the distance at UFC Vegas 26

Round 3: Rodriguez starts off the round with aggression as he has a high kick. Waterson with the clinch but just can’t get the takedown. The weight difference is showing. Punches thrown by Marina and Waterson are hurt. Waterson still manages to cover well and tries to throw sidekicks. Rodriguez on the floor but quickly back up. Marina with a knee to Michelle. A lot of kicks fired in by Michelle. Marina counters with shot punches and uppercuts. Round ends. Clearly Marina’s round.

Round 4: Marina and Michelle seemed to have damaged legs. A high kick from Rodriguez followed by a right hand. Waterson times a perfect takedown and Marina can not counter. Rodriguez trying to sit right up but Waterson is too good with the grappling. Waterson is throwing punches as she controls the game on the canvas. Rodriguez struggling to find any room. Waterson ends the round on the ground.

Round 5: Waterson looking to get a finish in the fifth round. Rodriguez looking to stick in those jabs. Waterson looks for a takedown but Marina’s defense is on point. A huge kick to the jaw of Rodriguez hurts her very badly. Still managing to stand up straight and make a great fight. Both the fighters looking for a win. Rodriguez managing to defend the kicks thrown by Michelle. Waterson is not able to get in close to Rodriguez. Punches were thrown by Marina. The round ends as both the fighters show love and respect to each other. The main event of UFC Vegas 26 comes to an end. 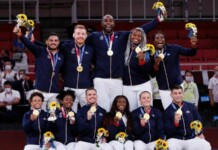 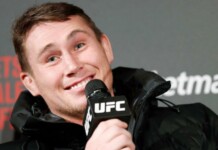