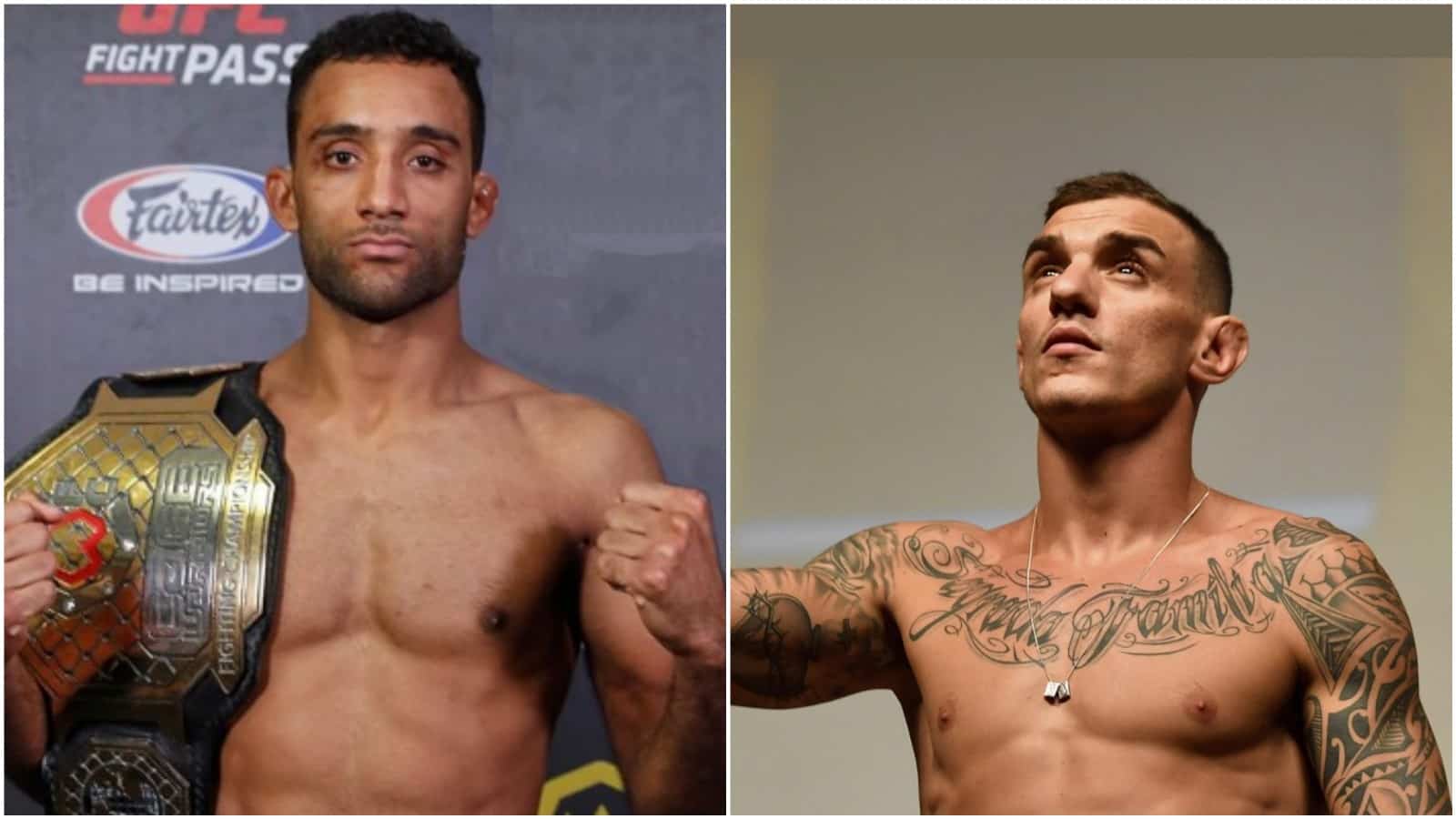 The first fight of UFC Vegas 30 main card is a stunning lightweight bout between Renato Moicano vs Jai Herbert. The event takes place at the UFC Apex, Las Vegas, Nevada. The Brazilian lightweight’s career in the last two years have not gone how he would have wished. Though the fighter has some great wins against fighters like Jeremy Stephens and Calvin Kattar, he has only one win in the last four heading into UFC Vegas 30. He has a record of 14-4-1 in his career.

As far as Jai Herbert is concerned, he has a decent record of 10-2-0 in his professional career. UFC Vegas 30 is only his second fight under this promotion. His debut ended up as a defeat against Franciso Trinaldo at UFC Fight Night 174. Both the lightweights will look to secure a win in this event and get on the winning charts.

Round 1: Moicano starts off the main card fight with a low kick. Herbert seems to be moving his shoulders really well. A nice jab in reply from Jai. Moicano slips through a strike and takes down Herbert with ease as he changes levels. Herbert trying to scramble but Moicano is really good. jai is back on his feet. Shoulders still doing a lot of work with the pump and fake. Nice left hands from Herbert looking to hurt Moicano. The fight ends with both the fighters on the canvas as Renato goes for the takedown.

Renato Moicano grapples his way through victory at UFC Vegas 30

Round 2: Herbert looks to keep moving as the round begins. A lot of movement from Jai. Moicano wastes no time to go play to his strengths as he goes for the takedown. The same technique as the first round and Jai still does not have an answer to this. Herbert trying really hard to defend his takedown but fails. Moicano looking to hurt Jai from the back but the fighter from Britain turns around to the mount position. Moicano almost has a arm-triangle but Jai slips away.

The fight is still on the canvas. A lot of ground and pound by the Brazilian Renato Moicano. He is absolutely dominating the fight. A lot of shots towards his opponents. Once again he misses a submission as he continues to control from the back . A vicious strike by Moicano and Jai is hurt. The Brazilian follows with a flurry of punches and the fight is over. What a fight!