UFC Vegas 31: Mateusz Gamrot submits Jeremy Stephens in the very first round to earn the victory 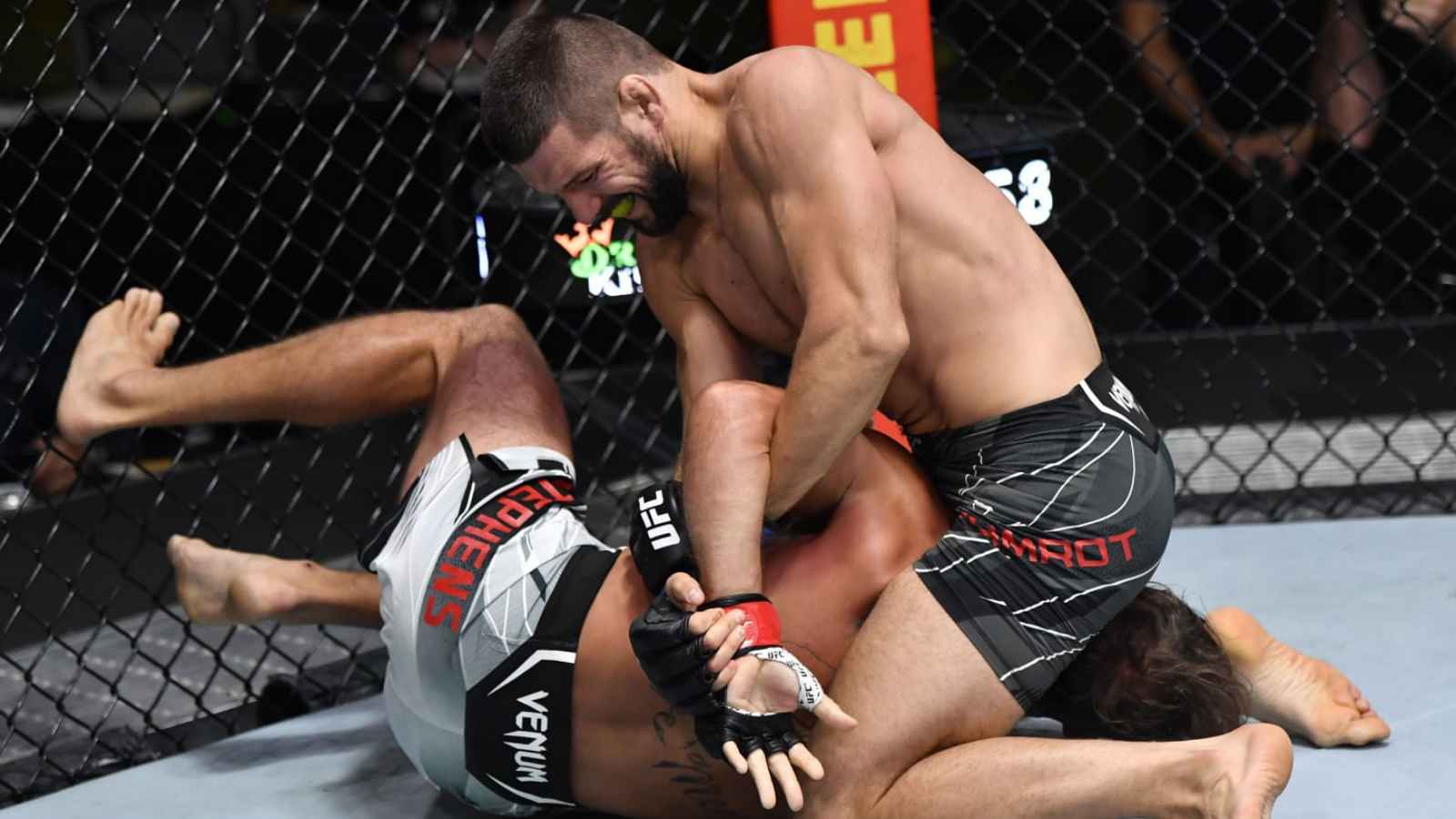 The Lightweight contest of UFC Vegas 31’s fight card features the fight between the UFC veteran Jeremy Stephens facing Mateusz Gamrot. Stephens has faced some of the biggest names in the promotion and he holds an unfortunate record for most losses in UFC history.

Stephens lost four out of his last five fights with the most recent one coming against Calvin Kattar at UFC 249, this was a very important fight for him. Gamrot stepped into this fight with a win against Scott Holtzman at UFC on ABC 2: Vettori vs Holland.

Round 1: Gamrot shot for the takedown as soon as the first round started, he took Stephens down and secured the side control, he transitioned into an arm bar and switched to a kimura to secure the quick victory at UFC Vegas 31.

After making a quick work of Jeremy Stephens, Mateusz Gamrot calls out everyone in the top 15

After securing an impressive victory over Stephens, Gamrot was asked who would he like to face next, and he called out everyone in the top 15, he told Paul Felder that he has the skills to compete against the very best, and now that he an impressive winning streak, he would like to face someone from the top 15, and make his possible title run.

Result– Mateusz Gamrot secured the submission victory in Round No.1