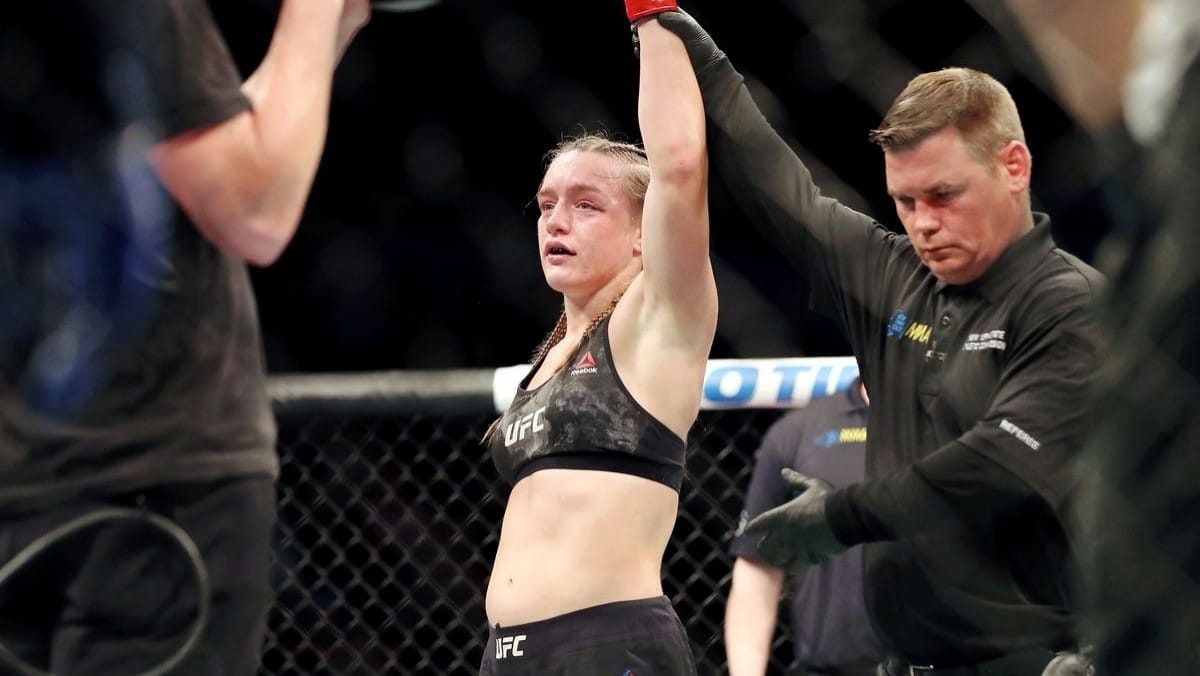 UFC Vegas 32 loses its co-main event bout. The Aspen Ladd vs. Macy Chiasson fight has been canceled from the event this weekend.

UFC Vegas 32 was bound to host a women’s bantamweight matchup in the co-main event. Aspen Ladd was scheduled to take on Macy Chiasson this weekend. Unfortunately, UFC officials on Thursday announced that the fight won’t be taking place. The reason was given behind this cancellation was that one of the fighters was injured prior to the competition.

Though the promotion has not specified which fighter has been injured, multiple reports and rumors suggest it is Macy Chiasson. With the scrapping of the co-main event bout, the card now has a total of 11 fights on the main and preliminary card together. It is unclear who will be bumped to fight in the co-main event yet, but it would most likely be Raulian Paiva vs. Kyler Phillips.

Aspen Ladd has not fought for 19 months!

The fight against Macy was supposed to be the comeback fight for Aspen. She has an incredible record of 9-1-0 in her professional MMA career. Aspen Ladd has not fought in the octagon for almost 19 months. Her last fight in the UFC was against Yana Kunitskaya at UFC on ESPN: Overeem vs. Rozenstruik in December, 2019.

Aspen won the bout via TKO in the third round and was feeling really good. If this fight had happened, it would’ve held a lot in stakes for the next title challenger in the division. Ladd now has 4 wins and 1 defeat under the UFC banner.