The main card of UFC Vegas 45 is here with a spectacular lightweight matchup of Carlos Deigo Ferreira vs Mateusz Gamrot.

UFC Vegas 45 takes place at the UFC Apex in Las Vegas, Nevada. The event is headlined by a spectacular heavyweight fight between Derrick Lewis and Chris Daukaus. In this fight, UFC veteran Carlos Diego Ferreira is coming off two upsetting defeats and is looking to bounce back onto the winning columns. He has a record of 17-4-0 in his professional MMA career.

His opponent, on the other hand, is looking to extend his winning streak and make it three wins in a row today. The fighter is coming off a huge win against veteran Jeremy Stephens via TKO in the very first round. The fighter has a record of 19-1-0. Continue reading to see how this fight in the UFC Vegas 45 main card plays out.

Round 1 A lot of action at the beginning of the fight. Gamrot worked his opponent with some huge body kicks. Ferreira was looking to find his rhythm while Gamrot was landing some good shots. Gamrot with a takedown but Carlos with decent defense. Gamrot with another takedown and huge ground shots. Some great exchange in the final seconds.

Round 2 Good pressure from Diego and both the fighters get into a high pace scrambling. Diego trying to land some big shots but Gamrot maintains the right distance. Gamrot goes for the takedown and got the back of the Brazilian. Gamrot hits the fighter with a knee and Ferreira immediately calls for a stoppage after the knee to the ribs.

The referee swoops in to save Ferreira before Mateusz looks to choke out his opponent. What a win for Gamrot! 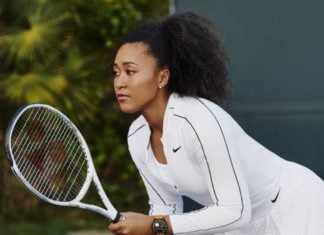