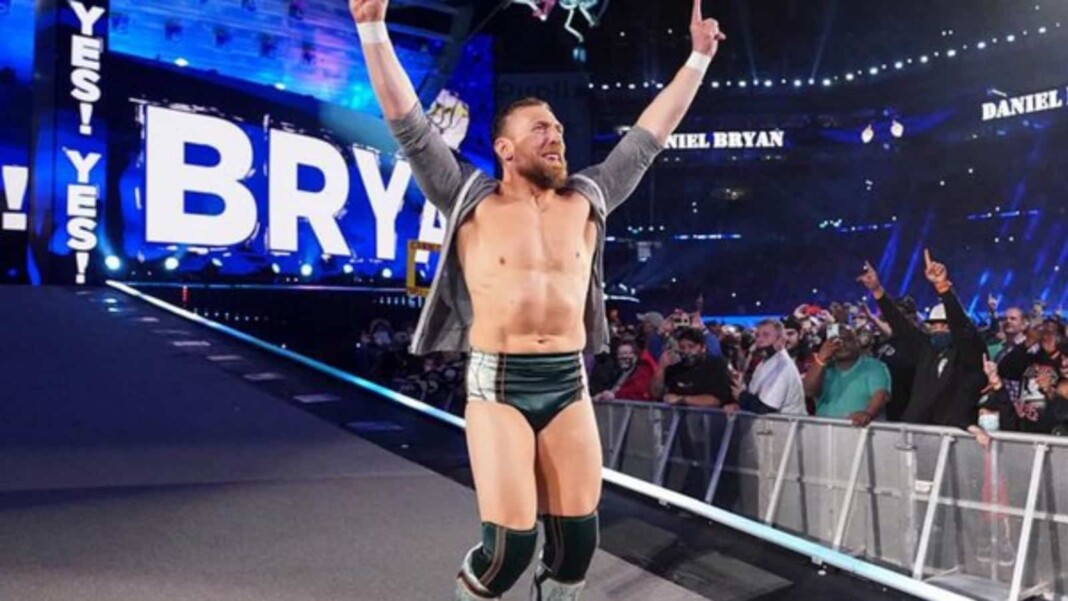 Daniel Bryan has not been seen on WWE TV since April 30. On the last edition of SmackDown for April 2021, Bryan battled Roman Reigns for the Universal Championship. The match had a stipulation saying that if Bryan loses the match, he would be banned from SmackDown.

Though there were many possibilities and rumors that Bryan would shift to Raw or go back to NXT, the WWE Universe is till waiting to resume the Yes movement. Now, updates have come out saying that Bryan has not signed any new contract with WWE and that he is done with the company.

Here are the latest updates over Daniel Bryan’s career

As per Mike Johnson of PWInsider, Bryan is not signing with WWE and he is isn’t necessarily going elsewhere. Here’s what he said:

“Internally, there has been no discussion of Bryan returning to WWE and he is not listed on the company’s roster. There have been some in the company who have taken that to mean that Bryan is signing or will sign eventually with AEW, but PWInsider.com has no confirmation that is correct.”

Though Bryan is trying to dissolve his next step, WWE has not stopped mentioning Daniel Bryan’s name in storylines or interviews related to Roman Reigns. On the other hand, Bryan’s wife Brie Bella and his sister-in-law Nikki Bella were also rumored to return to the company, but there’s no update on that yet.