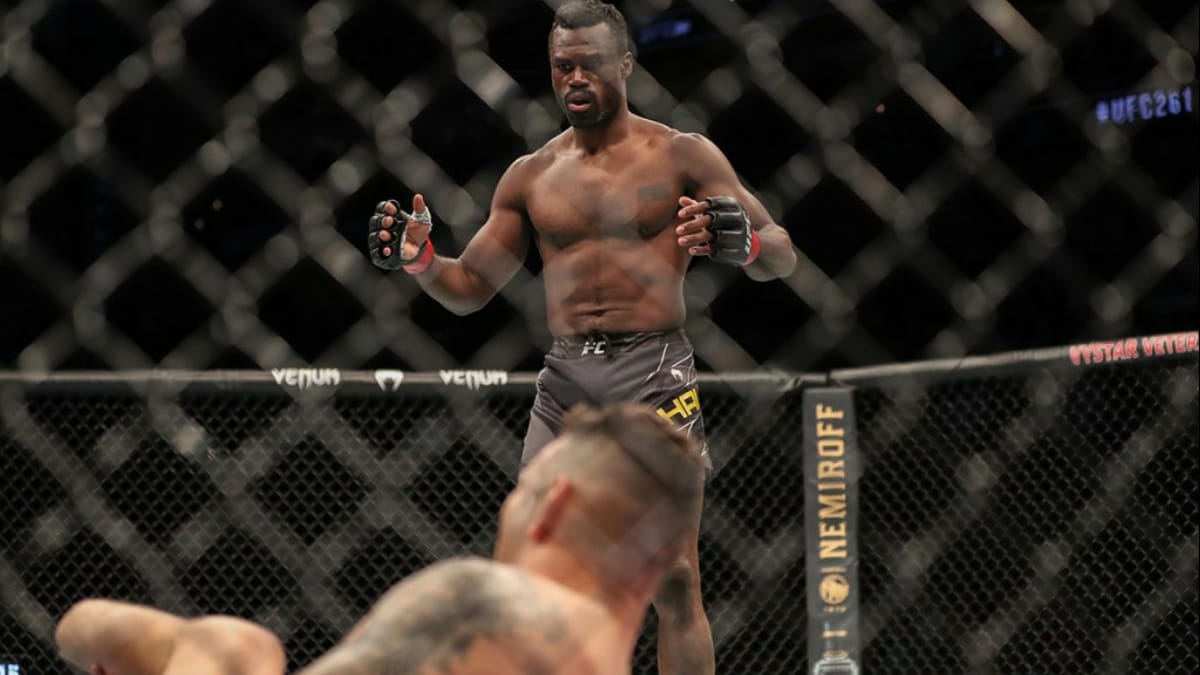 The former UFC Middleweight champion Chris Weidman has witnessed one of the most devastating leg injuries of UFC in his rematch against the UFC legend Anderson Silva. But before tomorrow he would never ever think in his dream that the same can happen to him.

In his fight against Uriah Hall at UFC 261, Chris Weidman threw a leg kick and in the opening seconds of the match, he faced the same injury as Silva. His leg got snapped and Uriah Hall became a part of the worst injury in UFC history.

Speaking about this in the UFC 261, post-fight press conference, Hall says, “I’m very articulate with blocking and you don’t have to pick your leg up too high. It’s just driving it in at the right spot,”

“I heard a click. I thought it was a slap, but I didn’t feel the slap on my calf, so that’s got to be his bone. And when he landed, it clicked in. To be honest, it was just Anderson Silva when he landed. It was weird. It was so weird. I just pictured Anderson Silva. I wish him well.” {H/T MMA Junkie}

It was a really horrific event for the fight fans as well as Uriah Hall, who couldn’t do anything rather than seeing Weidman being carried out on a stretcher.

After the fight Hall was a little disappointed that he couldn’t completely avenge his loss that Chris Weidman gave him 10 years ago. But he has all the respect in his heart for Weidman and he felt really bad for him.

Uriah Hall says, “It sucks on both of our parts, the preparation leading up to this, the only thing I can do is wish him well. I have respect for him. I know we’re both in the same state, and I felt like the media was trying to build something up,”

“I felt like we both had respect for each other because we both played a part in molding each other to bring us to where we are right now. Like I said out there, I wish him a good recovery, and I owe him a fight. There’s nothing bad, and it’s just respect. I hope he’s ok. It’s very unfortunate, and I just wish him and his family well.” {H/T MMA Junkie}

Although, Chris Weidman gave an update on his surgery that it was successful and we wish the former champion to recover soon.

Also Read: “I’m not going to push it like, give me Amanda right now, I’m gonna break her face,” Valentina Shevchenko speaks about trilogy with Amanda Nunes.

“I already took your pride, don’t make me take your whiskey too,” Kamaru Usman and Conor McGregor locked horns with each other.