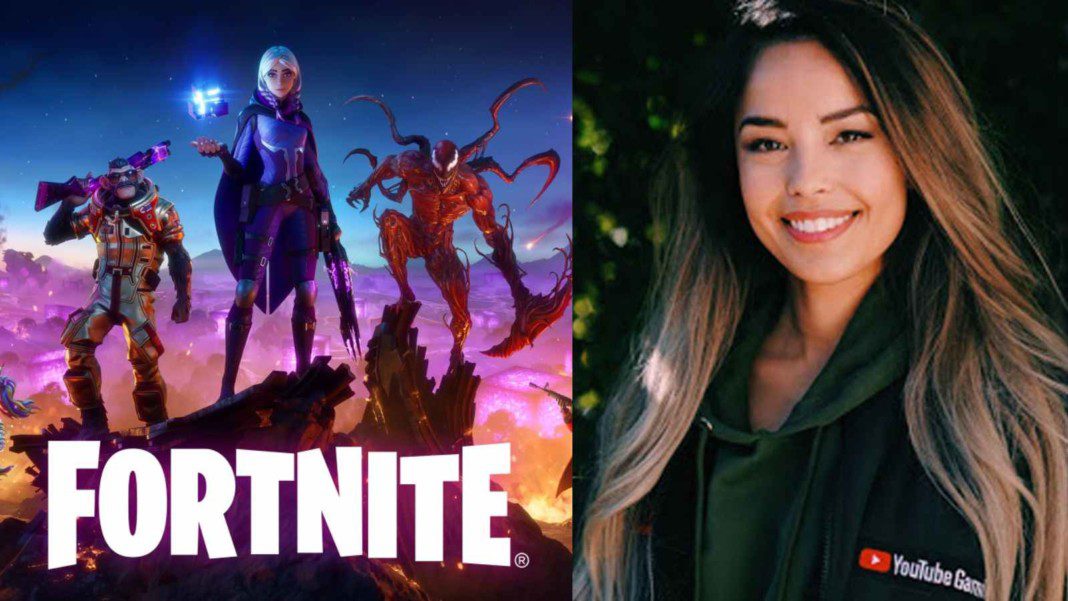 Valkyrae reveals only condition on which she will play Fortnite: Valkyrae had spent almost an year away from Fortnite, and had been busy with other games, and even some other genres. She has recently come back to streaming after the whole RFLCT skincare line drama, and will continue to stream games.

She has opened up about some terms that will lead her to pick up the popular battle royale, Fortnite again for streaming. The article talks about the only condition on which Valkyrae will be playing Fortnite again.

Valkyrae reveals only condition on which she will play Fortnite

Rachell Hofstetter, better known by her online alias Valkyrae is an American internet personality, is famous for steaming multiple games.  A recipient of a Game Award, she was dubbed the “Queen of YouTube” after becoming the platform’s most-watched female streamer in 2021.

She had spent almost an year away from streaming Fortnite, a popular battle royale. She had quit Twitch at the same time while quitting Fortnite, and might be picking the game again soon.

“I haven’t played in ages, that was fun. I actually really liked it. Might need a bit of practice, but I would definitely play again. Maybe we can do a few more Fortnite streams.” she had said.

She is a co-owner of 100 Thieves, an eSports and apparel company, and has been a content creator for the brand since 2018. Hofstetter is an advocate for women in online gaming, sometimes playing games on all-female teams.

The only reason, however, she would play Fortnite again is Friends. “I don’t think I’d just go back to playing it alone.” she added. Many other streamers like Hofstetter, and Ninja had also shelved the game.

However, many of them are coming back into the game recently. Ninja has returned to posting Fortnite highlights on his YouTube channel and even streaming the battle royale. There might be soon Fortnite ruling again.