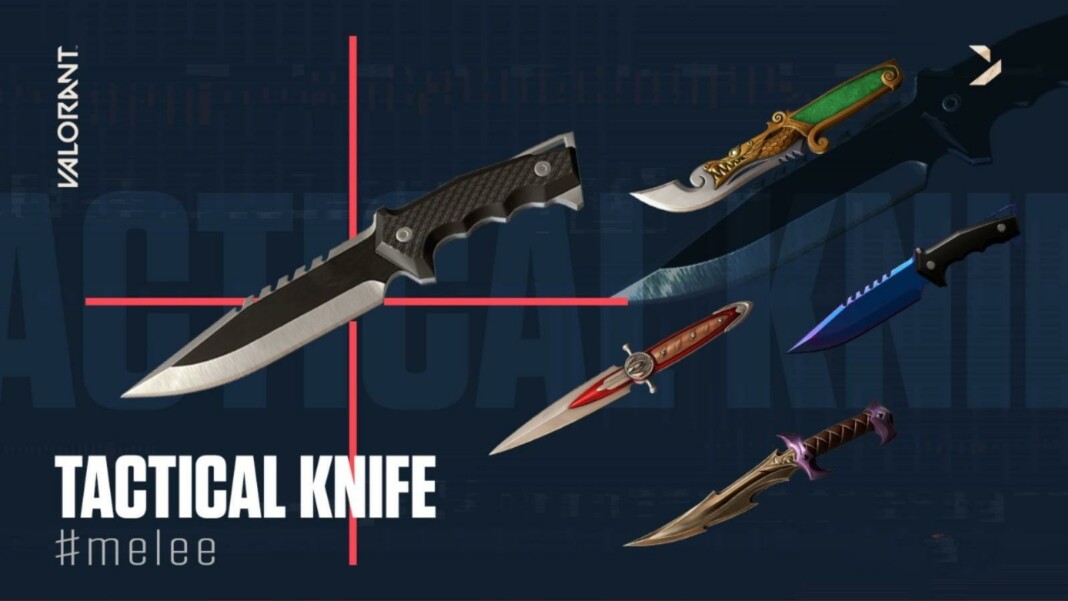 Valorant sure gives the chills with its unique gameplay and innovativeness. Valorant best melee skins add to the legacy of Valorant and come as a special attraction besides gun skins to players in the gaming community. Recently, melee skins have been getting special attention, mostly because of Valorant’s trendy designs.

Melee skins are specially fabricated designs on the weapon that you always carry, irrespective of what you get in any round. Yes, it’s the melee glued to your hand. The article lists the top 5 Valorant best melee skins because they are special in the sense you can always carry them around, and well, show them off!

The Melee or the Tactical knife is a base weapon provided to every player, and cannot be dropped. It has a two modes of fire: one being a fast slashing motion, and the other being a sharp jab. Valorant provides a range of jaw-dropping skins for guns as well as melee, so let’s explore them.

The Sovereign Sword, a fan-favorite upgradable skin that was available to players since last year, is one of the best in-game. The skin has a unique visual finish and animation effects, but it does not affect the gameplay. It is available in two versions, a regular designed melee, and another with visual effects, giving a blue aura.

Shaped and made to feel like a sword, the Sovereign Sword keeps up with its name and does not disappoints players with the silver and a nifty little glow to it.

The Elderflame Dagger is a collectible that made its way into Valorant along with one of the most coveted and pricey Elderflame bundles. Players get to yield a melee with a flaming dragon’s glow towards his enemies, and there’s nothing more satisfactory than that. Coming in two variants of a designed melee, and with an effect of flame and ember, players can’t carry anything better in their hands.

The prime bundle can never go out of fashion in Valorant, and remains one of the classics yet. The Prime Axe comes as the most ethnic melee in the game, with the classic coat of purple and gold. It is an axe without effects, and comes with interior glowing effects when the finisher effect is applied.

The first unique melee of Valorant, Oni Claw had became a sensation as soon as it was launched. It still holds the same worth even after the arrival of new melee skins. It comes with a basic version of a monster face with claws, and another with a glow to it, although both are equally badass. A dragon and a melee combination can never go wrong!

The latest sensation of Valorant is the new Origin Crescent Blade that has surpassed the idea of innovation. When inspecting the Origin Blade, it comes apart and floats in between a player’s hands in circles. Although it’s beautiful to look at even in the base version, players can upgrade it with Radianite to bring it to the best.

Note: The article reflects the personal opinions of the writer, and does not imbibe a global view upon readers.