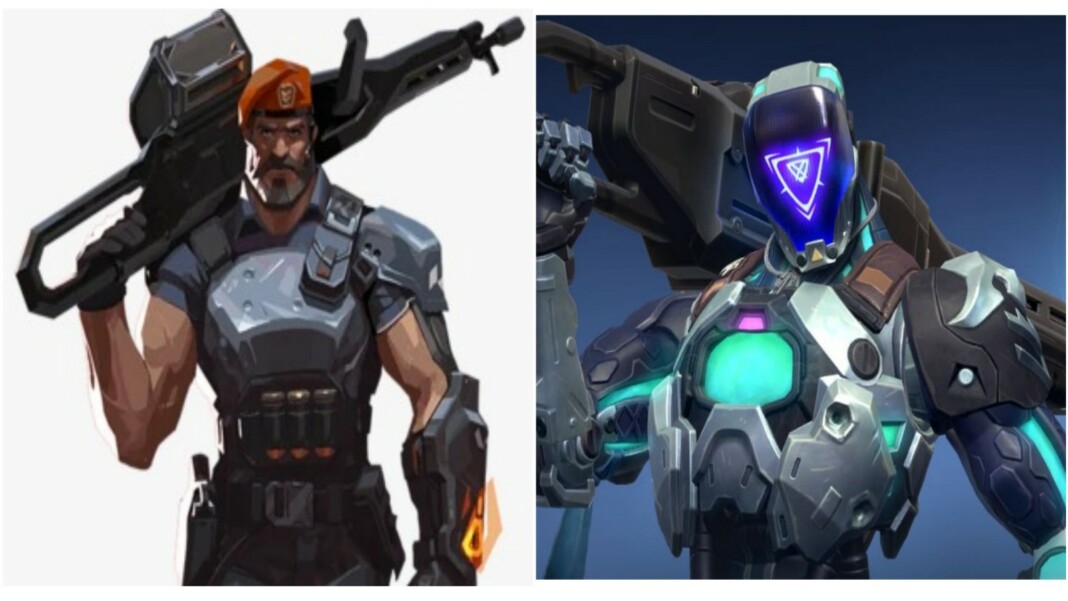 Valorant has many intriguing cinematics and instances in its game as well as its elements, strewn around, clearly with the potential to weave some form of Valorant Lore. Players have been noticing and tried unfolding the mysteries of many interlinking throughout the game, from beta to the present.

The game has recently released its 16th agent, who goes by the name KAY/O, and is totally different from all other agents, given he is a robot and not another agent from a country. Certain similarities and incidents have led many loopers to hypothesize KAY/O might be the future version of Brimstone.

The article brings together all the scattered elements together and give a shape to the theory of KAY/O being the future form of Brimstone.

The root of our upcoming theory dates back to, well, the actual roots of Valorant, dating back to Ignition: Act III. Players saw the battlepass with many attractive weapon skins including the fan-favorite Ruins. But what most players might have skipped is an unusual player card, named “Memento Mori Card“, the literal meaning of which translates to ‘Remember that you must die‘.

But wait, that’s not even the fun part! Interestingly, the card features the engraving of these words on a Dog Tag, similar to the one Brimstone has in his contract. For those who are not aware, each agent has a contract list that features some of the agent’s personalized elements in form of stickers, buddies, gun skins, and lastly, an important Agent Card.

Similarly, Brimstone has a buddy named Dog Tag. Considering the dog tag had those words, it is not wild to guess that brimstone might face death at some point in the Valorant Lore. The turn of events that leads to the theory of Kayo being Brimstone lies intricately with the Agent Cards and the dog tag.

Sure you have seen kayo and his footage. Upon closer inspection, you will find a dog tag around his neck, very similar to the one in brimstone’s contract. Further, Brimstone has an agent card, named, No One Left Behind, featuring Brimstone carrying an unidentifiable agent. Very surprisingly, KAY/O, the new agent, has an agent card, named “Memory Log“, very similar to the former, featuring KAY/O carrying, yes you guessed it right, Brimstone in all likelihood.

KAY/O was introduced in Valorant only after the Duality video, and the space-time element was included in the game after Killjoy had taken over the Valorant Twitter handle. It’s a chance that Brimstone could have died in combat, and Killjoy created a robot, giving him access to Brimstone’s memory database, and he turned out to KAY/O, back from the future to finally save Brimstone, his earlier self.

And well, Killjoy creating Brimstone as a robot…”Don’t worry team. If you die, I have your memories backed up at base! Heh, just kidding, just kidding…or am I…”…sounds familiar?

In this discussion, it’s important to note that the KAY/O gameplay trailer featured a clip showing KAY/O rewinding thrice to skip the enemies ahead, and Brimstone was the agent ahead of him. Since none of his abilities features any form of time traveling, it’s only likely that he remembers what happens to Brimstone, his earlier self, upon entering the tunnel in Breeze.

To further establish our hypothesis of a possible Valorant Lore is that KAY/O’s in-game voice line, “I won’t lose you all again” suggests that KAY/O had been in Valorant Protocol before, and of course has been involved in combat, thus suggesting KAY/O being the future self of Brimstone is highly likely. What are your takes on this?