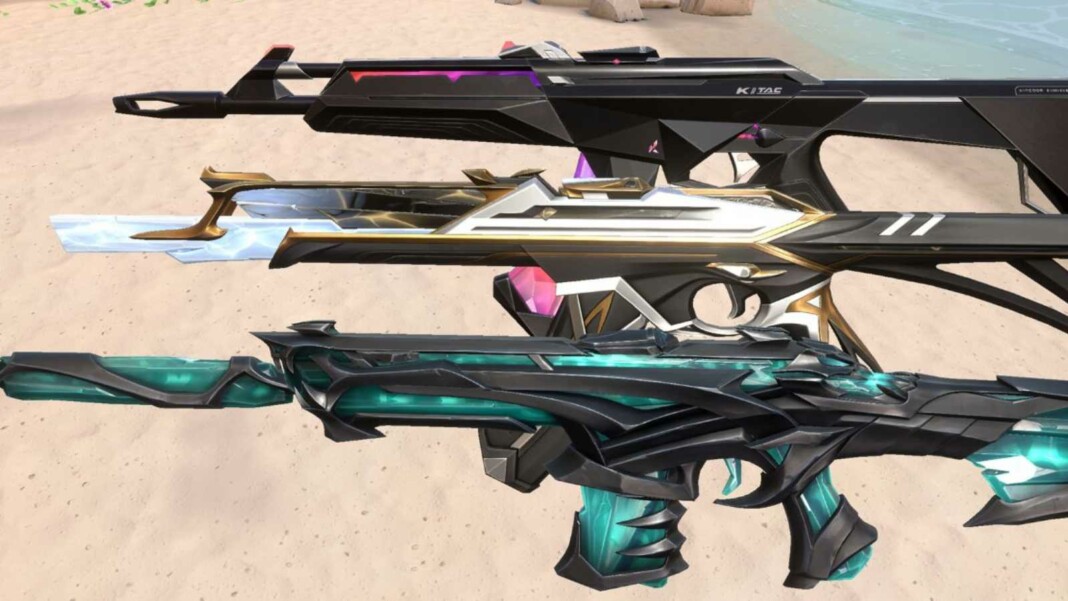 The recent 3 skin bundles in Valorant: Valorant Sentinels of Lights, Ruination, and K/TAC Bundles were results of rigorous thinking and procedure. RIOT developers have recently revealed the story behind the battlepass K/Tac and the two League of Legends crossover skins, Ruination, and Sentinels of Light, giving a backstory behind Valorant’s skins and the process of developing new materials for these versatile and varied skins. The article talks about every detail shared by the RIOT developers on how 3 bundles in Valorant were designed.

Key to Valorant Sentinels of Lights, Ruination, and K/TAC

Recently on a blog post, RIOTR developers have opened up about the process behind designing some of the recent skins we witnessed in Valorant, including the recent LOL crossovers Sentinels of Lights, Ruination, and K/TAC from the battlepass. ” I was even able to utilize one of his textures for the custom material I was making, which in the end, saved time and made the gun skin feel more cohesive!” he said.

Chris Stone, a weapons artist who is part of the Valorant Premium Content team, said: “Sentinels of Light is Riot’s big summer event, bringing the “Ruined” and “Sentinel” thematics to each of our games. Although VALORANT doesn’t occupy the same space as League of Legends, it was a fun opportunity to bring the “Black Mist” that is taking over Runeterra to our weapons.”

While creating the “Ruination” skins, Chris worked with the team’s FX artist on the signature shapes of the Black Mist effect. In fact, one of the textures made by the FX artist was used in the end. The “Sentinels of Light” skin highlighted the “Relic Stone” which can hold back the Black Mist at bay. The main idea behind bringing the skin is to try to resist the “Ruination” in the League of Legends universe.

The K/TAC skins are an example of extending the life of new weapon skin tech such as the one in Ruination. Getting a peek into the insides of skin really makes it worthwhile.