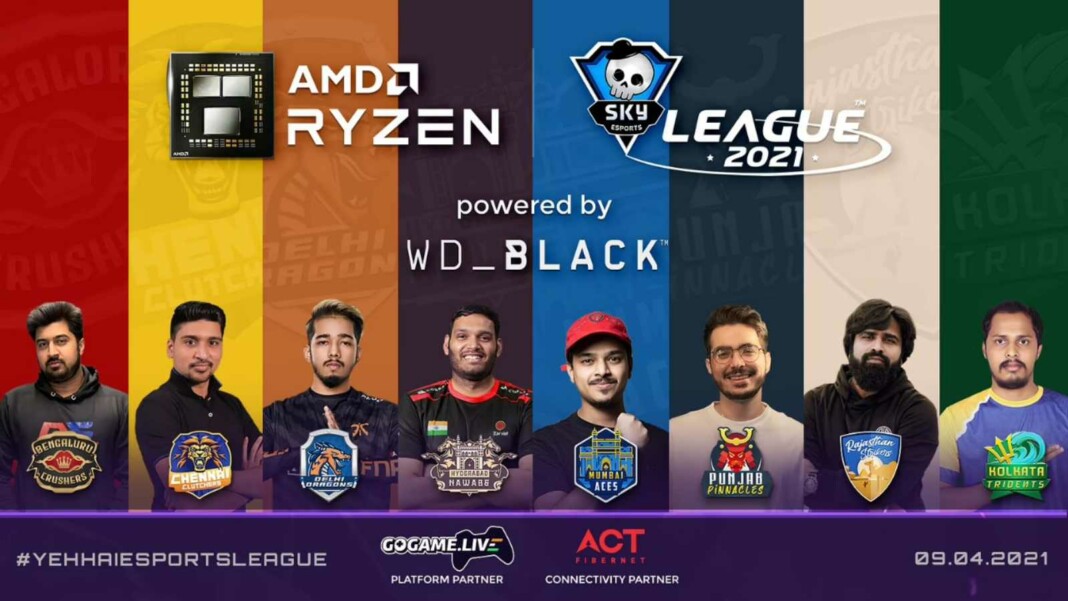 Valorant Skyesports Championship 3.0 has already started gaining more attention via the internet before it’s about to hit the tournament. The organization is s back for the second iteration of its Valorant event with a prize pool of INR 55 Lakh and will feature 55 days of action with eight teams competing in the competition representing eight Indian cities. It is by far one of the biggest Valorant esports events presented by them with a mixture of professional players and content creators in it. The article talks all about the Skyesports Championship 3.0, the schedule, and its prize pool details.

The Skyesports League 2021, features eight teams who will be competing against each other. An auction took place on March 31 where team owners got to pick players for each of the teams. The eight cities being represented in the competition include Mumbai, Chennai, Kolkata, Bengaluru, Delhi, Punjab, Rajasthan, and defending champions Hyderabad. All matches will take place in a round-robin format over a period of 55 days. The matches will kick off on April 9.

The Valorant tournament is designed in such a manner that it gives a flavor to the Indian Premier League (IPL), a popular Indian cricket tournament held yearly. As per the announcement, the tournament will undergo a bidding session following by a structural tournament format.

The prize pool is larger than the previous event and regions got expanded that gives more players the opportunity to showcase their skills. According to the teaser, Skyesports Championship 3.0 will be expanding into the South Asia region. Here is the list of sub-regions.

The Indian Esports scene is quite an overlooked one. Though it is only a recent phenomenon, e-sports has grown very fast in a short time in this vast and populous country. Countless e-sport orgs have emerged from within the country of whom most are competing on the international stage. Various international orgs to have invested in an Indian roster for their organization.

Shiva Nandy, Founder & CEO of SkyEsports said: “Skyesports championship is our annual flagship event. It’s a destination where many popular gamers have found a path to go pro and evolved into champions. After two successful seasons, we are planning to take the 3rd edition to full scale. 3.0 will be a South Asia region tournament that will run for 4 months with a massive prize pool of 55,00,000/- and LAN finals. This will be 20x growth from our previous editions and we have many interesting things lined up without compromising the basic grassroots.”

Players can catch up on all of the action on the official Skyesports YouTube channel that will be broadcast in over six languages.