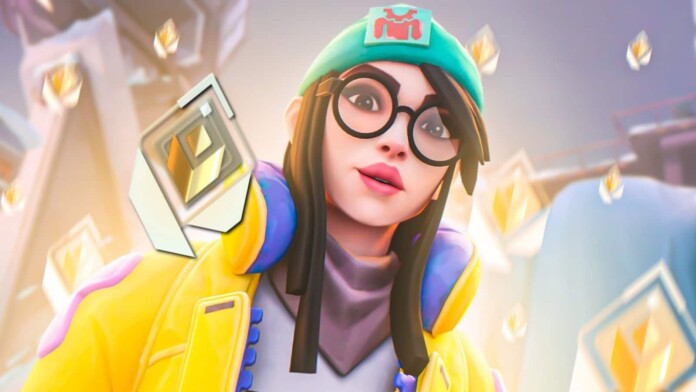 Riot Game’s tactical shooter Valorant is different from other competitors for its unique set of Agents and unique sets of abilities they come with. Though it is a team game, the best Killjoy players always manage to get a highlight with their 100 IQ plays. Since the launch of Killjoy, many players across the globe have been experimenting with this agent’s fatal but somewhat complex abilities to bring in the toughest gameplay against their enemies.

Killjoy is a sentinel in Valorant who can easily hold a site of his own. Killjoy can be useful as a support agent as well. Here is a list of the Top 5 best Killjoy players in Valorant.

(C) NANOSWARM : EQUIP a Nanoswarm grenade. FIRE to throw the grenade. Upon landing, the Nanoswarm goes covert. ACTIVATE the Nanoswarm to deploy a damaging swarm of nanobots. The grenade is invisible to far away enemies while in covert mode and can be broken.

(Q) ALARMBOT: EQUIP a covert Alarmbot. FIRE to deploy a bot that hunts down enemies that get in range. After reaching its target, the bot explodes, applying Vulnerable. HOLD EQUIP to recall a deployed bot. Deactivates if Killjoy is more than 40m away from them. Re-entering the 40m range reactivates it.

(E) Signature Ability ⁠— TURRET: EQUIP a Turret. FIRE to deploy a turret that automatically fires at enemies in a 180-degree cone. HOLD EQUIP to recall the deployed turret. Deactivates if Killjoy is more than 40m away from them. Re-entering the 40m range reactivates it.

(X) Ultimate ⁠— LOCKDOWN: EQUIP the Lockdown device. FIRE to deploy the device. After a long windup, the device Detains all enemies caught in the radius. The device can be destroyed by enemies. Enemies detained by the ultimate can neither shoot nor use any abilities for 8 seconds.

Although it’s tough to pick only the 5 Best Killjoy Players from the RIOT Valorant International scene across the globe, this list focuses on some of the best players who created a new playstyle or meta and had the most impact in Ranked and Tournaments with this sentinel in Valorant.

Joshua ‘Steel‘ Nissan Steel, a highly influential Killjoy player in the Valorant pro scene is a British-Canadian player who currently plays for 100 Thieves. He uses Killjoy’s abilities so that her abilities can function as an effective 6th man. Nissan shares many informative strategies about playing in different maps through his twitch stream. Fans and aspiring Esports players are always excited to receive guidance from the IGL of 100 Thieves.

Michael “dapr” Gulino is an American professional VALORANT player who currently plays for Sentinels. He is a former professional Counter-Strike: Global Offensive player. Sentinel’s Dapr is regarded as one of the best Valorant players in the world and he is currently participating in the Valorant Champions Tour. With his intelligent turret placements and near-perfect aim, he surely deserves his position among the 5 Best Killjoy Players in Valorant.

Alex “aproto” Protopapas is an American player who currently plays for Luminosity Gaming. Aproto has been the leading member for Luminosity since the roster’s inception, and has been pivotal in their recent string of successes. With his god like aim and angle clearance abilites like a pro, he can prove to be a challenge for most of the other agents out there.

Pujan “FNS” Mehta is a Canadian player who currently plays for Team Envy. He is a former professional Counter-Strike: Global Offensive player. With a current player’s win rate of 64.71%, FNS has broken the Killjoy meta with his aggressive gameplay and tricky alarm bot and swarm grenade duos and definitely has earned his position among the 5 Best Killjoy Players in Valorant.

James “Kryptix” Affleck is a British player who currently plays for Team Liquid. He has had success at the professional stage, and Valorant represents a new opportunity for him to create a name for himself. He had a fantastic start to the Valorant Ignition Series and put forward an exemplary performance again against G2 Esports during the Allied Esports Odyssey.

With his exceptional gameplay with KJ, it would be hard to believe he plays a sentinel and almost like a duelist given his entry frags are most notable to bring him a place among the 5 Best Killjoy Players in Valorant.