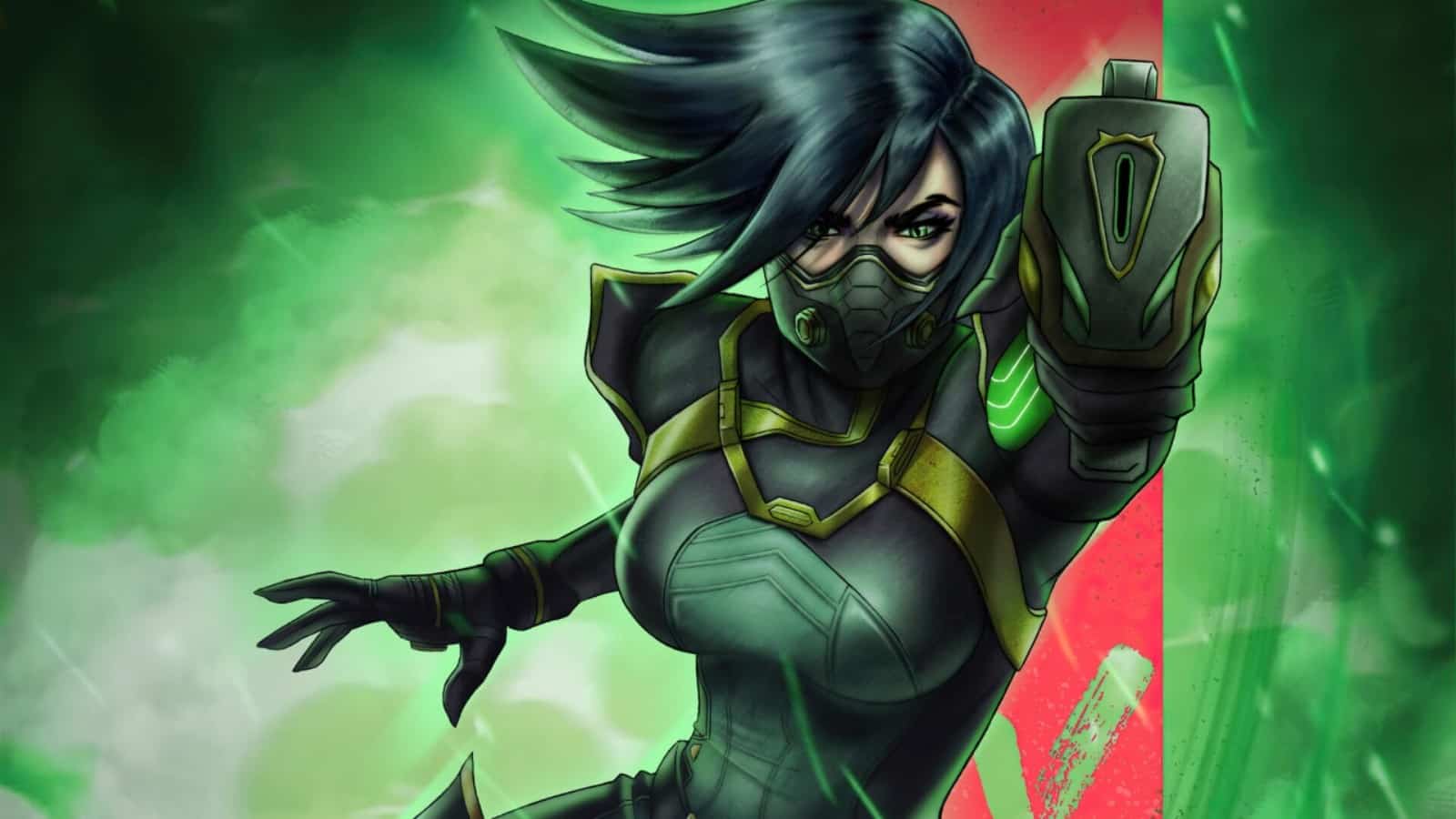 Viper has gained a new front and slid into the meta ever since she was buffed, and has had her share of Valorant Viper Best Maps. Viper is a controller agent in Valorant who is known for one of the best ultimate in the game as well. She has been one man, erm, a one-woman army in Valorant sites and some maps, which has since increased her pick rate.

The American chemist, Viper deploys an array of poisonous chemical devices to control the battlefield and cripple the enemy’s vision. If the toxins don’t kill her prey, her mind games surely will. The article speaks on Valorant Viper Best Maps and Abilities Usage for gamers.

EQUIP a gas emitter. FIRE to throw the emitter that perpetually remains throughout the round. RE-USE the ability to create a toxic gas cloud at the cost of fuel. This ability can be RE-USED more than once and can be picked up to be REDEPLOYED.

EQUIP a gas emitter launcher. FIRE to deploy a long line of gas emitters. RE-USE the ability to create a tall wall of toxic gas at the cost of fuel. This ability can be RE-USED more than once.

EQUIP a chemical launcher. FIRE to launch a canister that shatters upon hitting the floor, creating a lingering chemical zone that damages and slows enemies.

EQUIP a chemical sprayer. FIRE to spray a chemical cloud in all directions around Viper, creating a large cloud that reduces the vision range and maximum health of players inside of it.

Viper should have arrived in the S-tier soon enough after her astounding buff, and maps like Icebox and Breeze gave her the perfect opportunity to climb up the meta. Viper has received a ton of buffs over time and has been getting more and more play in pro matches. Viper’s signature ability, toxic screen, giving instant 50 decay is what makes her shine and one of the best agents to play in maps with verticality. Apart from that, her poison cloud and snake bite can create some of the best one-ways and clear angles of the map respectively.

The tac shooter’s snowy map brought a bit of everything to VALORANT, with verticality, ziplines, and plenty of choke points. Now that players have had enough buffs and some nerf to compete on Icebox, figuring out the right agent lineup is a bit more clear-cut from a variety of agents on the basis of pro team lineups from Masters One with viable agents having a clear spot on the meta.

Being a pretty open map, other controllers might face challenges in controlling bomb sites and mid areas with their limited smokes. Viper, on the other hand, can simply wall the necessary regions to both prevent flanks and give decay. To end with, Viper’s Pit is most useful in retaking site holdings, especially B Main, with so many angles to cover.

There is a huge sense of verticality on the map, which is quite extensive and well spread than any of the existing maps, promising better map gameplay rather than only site battles, to mention, the mid. The landscape of Breeze is centered around a beach with a vintage castle and a whole lot of cobblestones, all pointing towards an island-themed; the presence of a lot of verticality and long angles with powerful high ground positions and Operator angles.

Viper’s walls will do the best job too, well, take control of sites or mid as most smoke agents are limited to a few clouds of smoke that won’t cover much. Her lineups would be slick to use in this map as well, given the choke points will be further away from the bomb site, and there will be enough time to do her lineups without getting a push.

To end with, Viper’s Pit is most useful in retaking site holdings, especially B Main, with so many angles to cover. Pick Viper and learn some lineups in breeze, and you will be good to go.