Home Wrestling Vinesh Phogat to return to action after a year with tournament in... 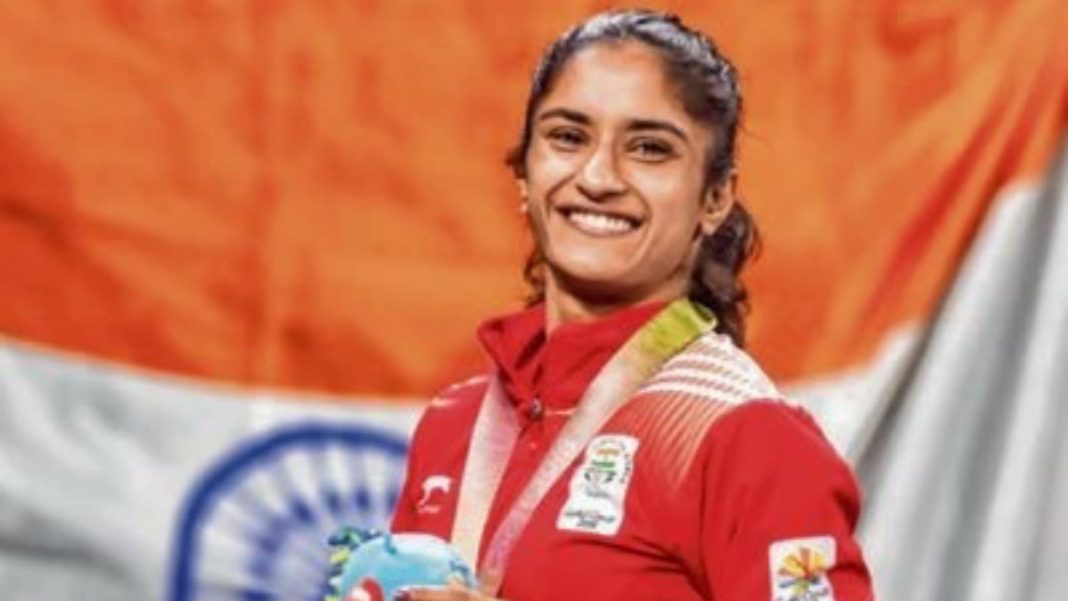 Vinesh Phogat is set to return to the mat for the first time in a year with a tournament in Kiev, Ukraine. The wrestling ace has been traveling around Europe for quite some time now for sparring purposes. She was forced to train at her village in Haryana during the pandemic and after restrictions eased, she began her training in Budapest’s Vasas Club which has produced 50 Olympic champions.

She then moved to Spala in Poland where she trained with elite wrestlers from around the globe. She will now train in Kiev and after the same, will also compete in her first tournament since the Asian Championship in New Delhi which took place in February, 2020. The tournament is called the Ukraine Wrestlers and Coaches Memorial. It will see around 600 wrestlers from 34 countries and will begin tomorrow.

Vinesh Phogat’s personal coach, Wolles Akos who is from Hungary spoke to The New Indian Express about the 26-year-old’s training as well as the tournament at hand and said, “It (the Kiev tournament) will be hard because the last year has gone without any competition. But the results are not important. I would like to see if she can wrestle seven, eight bouts in these two tournaments.”

Speaking further about the need to travel abroad for sparring partners, he said, “The first thing for us is to return to the individual techniques that are ‘forgotten’ during the lockdown. This situation is not a problem for the countries which have a lot of high-level partners at home and they don’t need to travel abroad for it. For them, it was an advantage (but) for us, it was a disadvantage.”

“We worked with the men and women wrestlers at the club and at times, with the Hungarian national team. In Poland, we got a lot of really high-level partners so it was the best situation for us. If we play more matches, it will help our preparation regardless of the result. For us, just one tournament matters, the Olympic Games,” he signed off.