Home Wrestling “Brilliant to get back on the mat” – Vinesh Phogat reacts after... 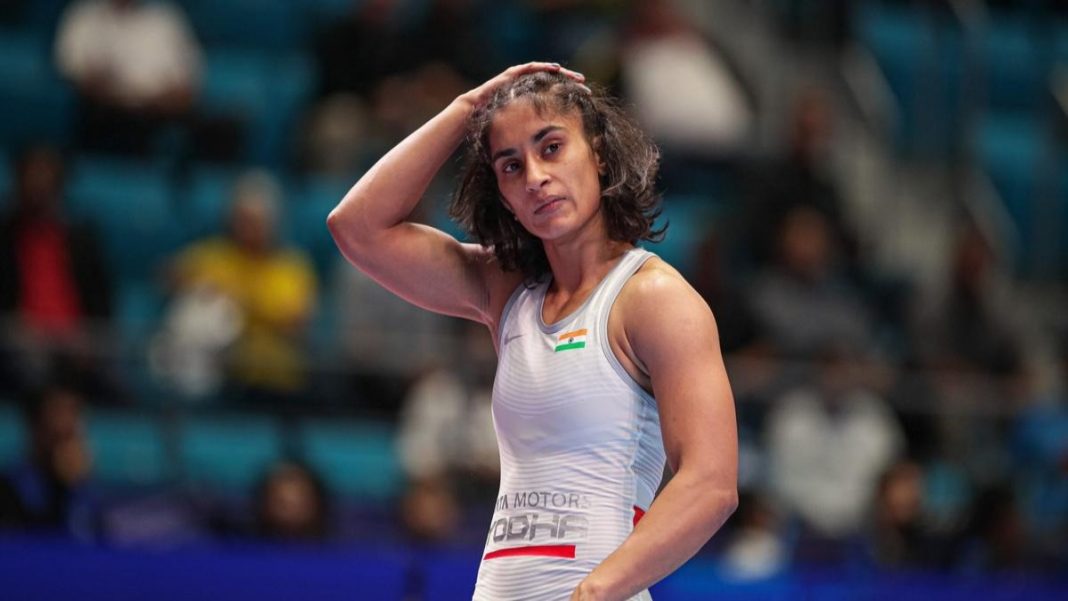 Vinesh Phogat marked her return to the wrestling mat after a gap of a year with a successful tournament in the XXIV Outstanding Ukrainian Wrestlers and Coaches Memorial in Kyiv. In the two-day tournament that took place over the weekend, Vinesh overcame a rusty start and came into her own with each passing bout as she ended up with a well-deserved gold medal.

Vinesh has been travelling across Europe, moving from one country to another for purposes of sparring in the last few months. She was first training at the Vasas Club in Budapest that is known for producing a plethora of Olympians and medalists. She is now training in Kyiv where the tournament which saw 600 wrestlers from 34 countries taking part, took place. She will travel to Rome next where the first ranking tournament of the year will take place.

Vinesh Phogat defeated reigning European champion Vanessa Kaladzinskay from Belarus in a thrilling final to clinch the gold. The Indian ace was trailing 8-6 with less than 30 seconds on the clock. She then came up with a scintillating 4-point throw that saw her finish the match with a pin.

Vinesh Phogat took to Twitter to express her happiness after the tournament as she wrote, “Brilliant to get back on the mat and into competition mode! Great workout on the mat against! Quite happy with how things went for me but as always, found some areas where I need to improve! That’s d beauty of competing! Always lots of lessons 2 take back and work on perfecting!” before writing, “On to Rome and the first ranking tournament of the year next week!“