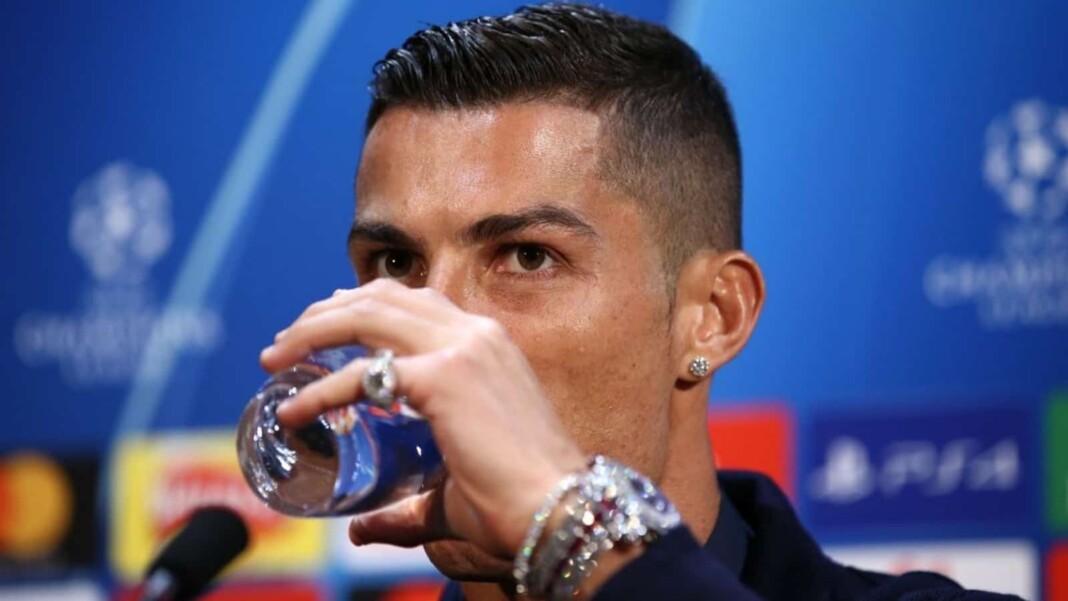 Cristiano Ronaldo has been among football’s fittest athletes for quite some time now, and at thirty-six years old he’s showing no sign of slowing down. The footballing world got a glimpse of his incredibly strict diet plan as the Juventus star arrived at the pre-match press conference on Monday.

Seeing a couple of coca-cola bottles placed on the table, he removed them from the camera’s sight and, holding up a water bottle and asking everyone present to drink water instead.

This move by Ronaldo left quite a few surprised, including Portuguese national team coach Fernando Santos. Those who have followed the footballer for long, however, would know that the Portuguese is a well-known fitness freak; his diet and training schedule stand testament to that. He is a shining example of professionalism for up-and-coming youngsters.

“I’m tough with my son,” he recently said in an interview, “Sometimes he drinks Coca-cola and Fanta, he eats crisps and he knows I don’t like it”

Ronaldo’s Portugal plays their first of three Group F games today, against Hungary. They come into this campaign as defending champions, having previously won the tournament in 2016, beating France 1-0 in the final.

Individually too, Ronaldo is chasing a number of records on the international stage. Portugal is considered one of the favorites in Euro 2020 and is expected to go deep into the knockout stages.