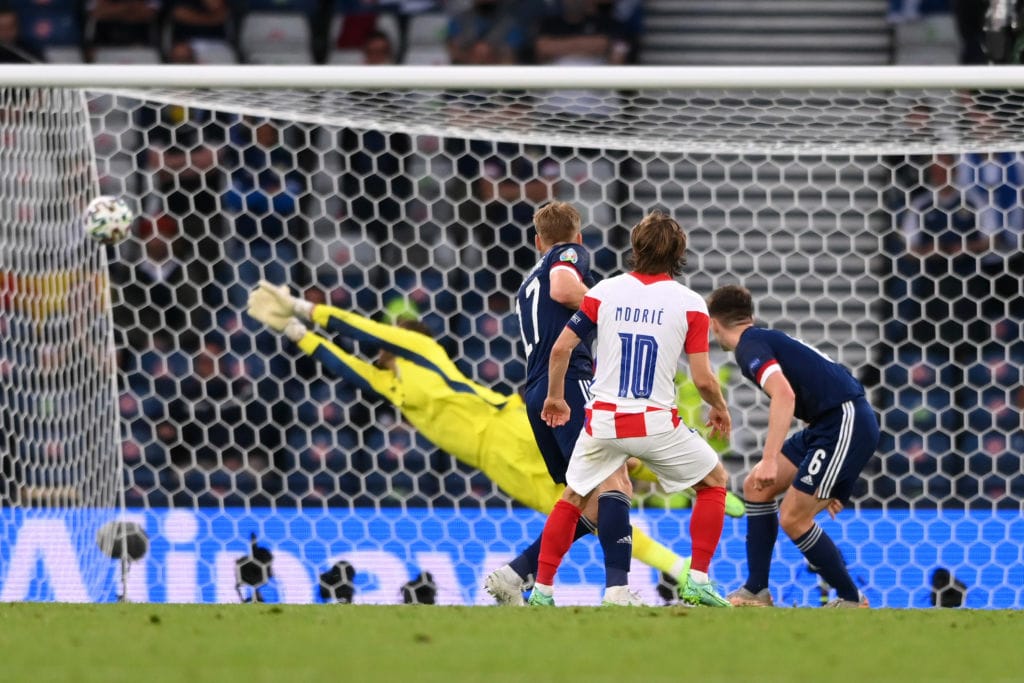 Croatia and Scotland are involved in a do-or-die match in Group D of their Euro 2020 campaign. Both sides need to win the match in order to qualify for the Round of 16 of the European Championships this summer.

The match has been a great watch so far as both teams have attacked with great quality in order to get the all important winner for their respective sides. Croatia took the lead in the first half as Nikola Vlasic scored with a cool and composed finish. Scotland hit back inside the first 45 minutes and scored through Callum Mcgregor’s strike.

The momentum has now shifted once again towards Croatia as Luka Modric scored from an exquisite finish in the 62nd minute to poke them ahead 2-1 in the game. The Croat midfielder and skipper pulled off a great strike with the outside of his right foot to give Croatia a great advantage in the game.

The Croats moved the ball upfield from the left flank, to work it well inside the Scottish box. Matteo Kovacic then received the ball from the left and passed it onto his senior partner who was right on the edge of the box. Modric took a stride and let fly an outside of the boot curler which nestled into the top-corner past Marshall.

Croatia have further taken their advantage to 3-1 as Ivan Perisic scored a headed goal in the 77th minute from a corner which was delivered perfectly by Luka Modric. They are now surely progressing into the knockout stages of EURO 2020.