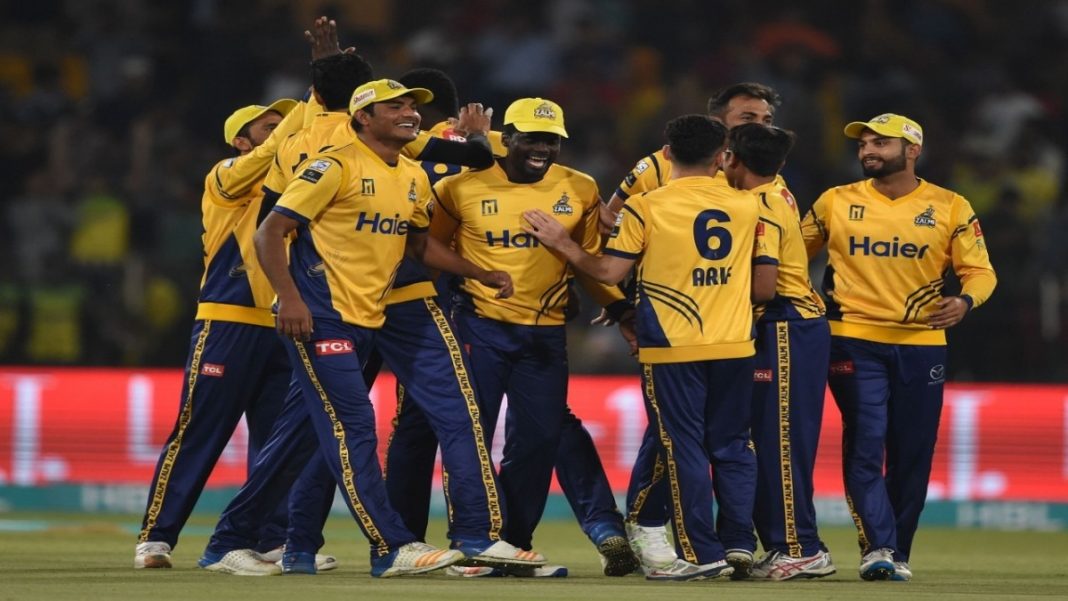 A Pakistan Super League (PSL) match between Peshawar Zalmi and Quetta Gladiators ended in hilarious fashion after the bowler bowled a wayward delivery. Batting first, the Gladiators had got to an excellent score of 198/7 thanks to skipper Sarfaraz Ahmed‘s knock of 80 runs. He was complemented excellently by Azam Khan and Faf du Plessis as he led his team to an excellent score.

In the chase, Zalmi got off to a shaky start but were revived by a half-century from Haider Ali. Useful contributions from Shoaib Malik, Sherfane Rutherford and Wahab Riaz followed but the Gladiators kept chipping away with wickets to ensure that the match went down to the wire with 6 runs needed off 6 deliveries.

Bowler goes from hero to villain

In the final over, Muhammad Hasnain came steaming in to bowl and got the over off to a dream start for Quetta Gladiators by dislodging Wahab Riaz’s stumps. Off the second ball, another wicket fell as Saqib Mahmood got himself run out. It was down to 6 runs needed from 4 balls and the batting order was well into the tail with just 3 more wickets required.

That’s when the bowler bowled a wayward delivery that went for 5 wides before Rutherford slashed the last ball for a four to take his side home. A video of the last over has since then gone viral on social media with fans finding the delivery hilarious.