Watch: Steve Smith involved in a bizarre incident against KKR; loses his wicket after getting hit on the inner thigh 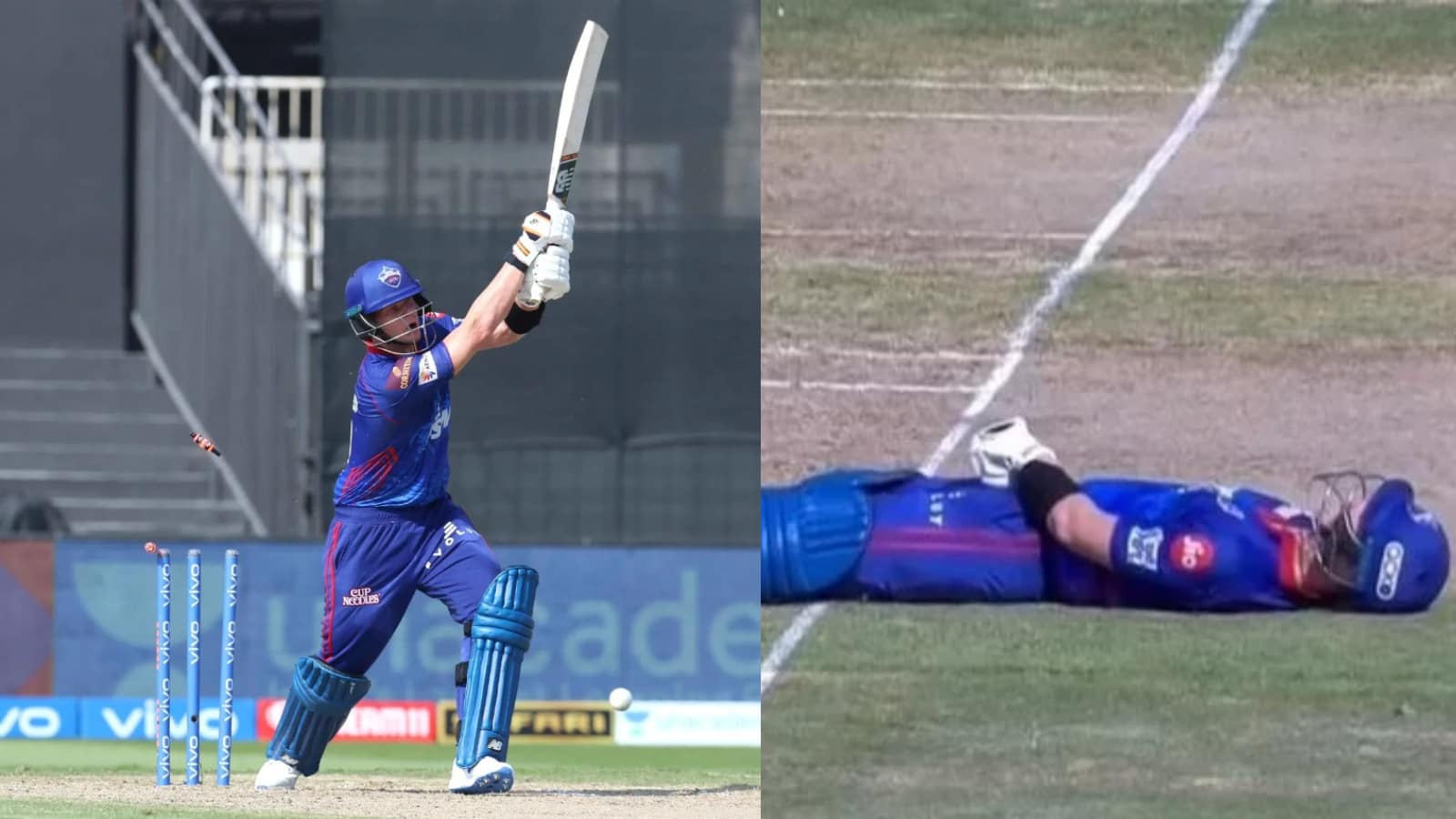 Delhi Capitals are currently involved in an enthralling game of cricket against Kolkata Knight Riders at the Sharjah Cricket Ground. Entering the contest, DC made only one change in their playing XI as they replaced an injured Prithvi Shaw with Steve Smith. The former Australian skipper, who is playing his first match for DC in the UAE, was assigned the role of opening the batting alongside Shikhar Dhawan.

Though Smith looked in control with the willow, the 32-year-old was involved in a bizarre incident on the match field. The first ball of the 13th over by Lockie Ferguson saw Smith getting hit on his thigh and laying flat on the ground. Lockie bowled a full toss to the Australian batter and he was all set to hit the scoop.

For the same, Smith walked across the stumps and bend down to get underneath the ball. However, Smith was surprised when the ball dipped and hit the inside edge onto the inner thigh. The hit was massive and as a result, Smith collapsed on the ground. Though the right-hander took a minute or two to stabilize himself, he was soo ready to face the next ball.

Steve Smith loses his wicket on the very next delivery

However, Steve Smith couldn’t prolong his stay on the field as he lost his wicket on the next delivery. Ferguson bowled a fast delivery into the stumps and Smith cleared his front led to swing across the line. However, things didn’t go as per the plan for the 32-year-old as the ball took the inside edge and crashed into the leg stump.

As a result, Smith had to go back to the pavilion after scoring 39 runs off 34 deliveries, His knock was laced with four boundaries at a strike rate of 114.71.