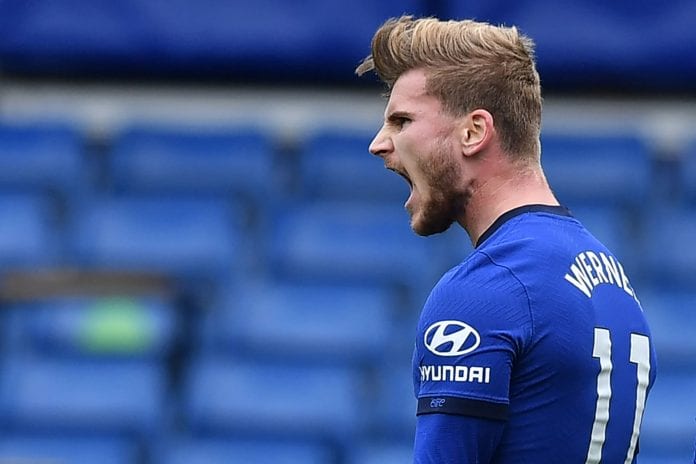 Chelsea are playing West Ham United in a London Derby tonight. It’s a must win game for both parties as a too four place is up for grabs. The Blues are currently sitting on fourth position and are only separated from West Ham United on goal difference.

Timo Werner has finally ended his goal drought in the Premier League and secures an important goal in the first half. The German striker did well to hold off the West Ham United defender before playing the ball on to Christian Pulisic. Pulisic took the ball and drove towards the penalty box before passing it to the overlapping Ben Chilwell.

Chilwell then passed a lovely grounded delivery to Timo Werner in the centre who finished it first time past Fabianski! Advantage Chelsea going into the first half. Overall Chelsea were the better team in the first half but West Ham United came close as well. Thomas Tuchel would do well to not be complacent in the second half.