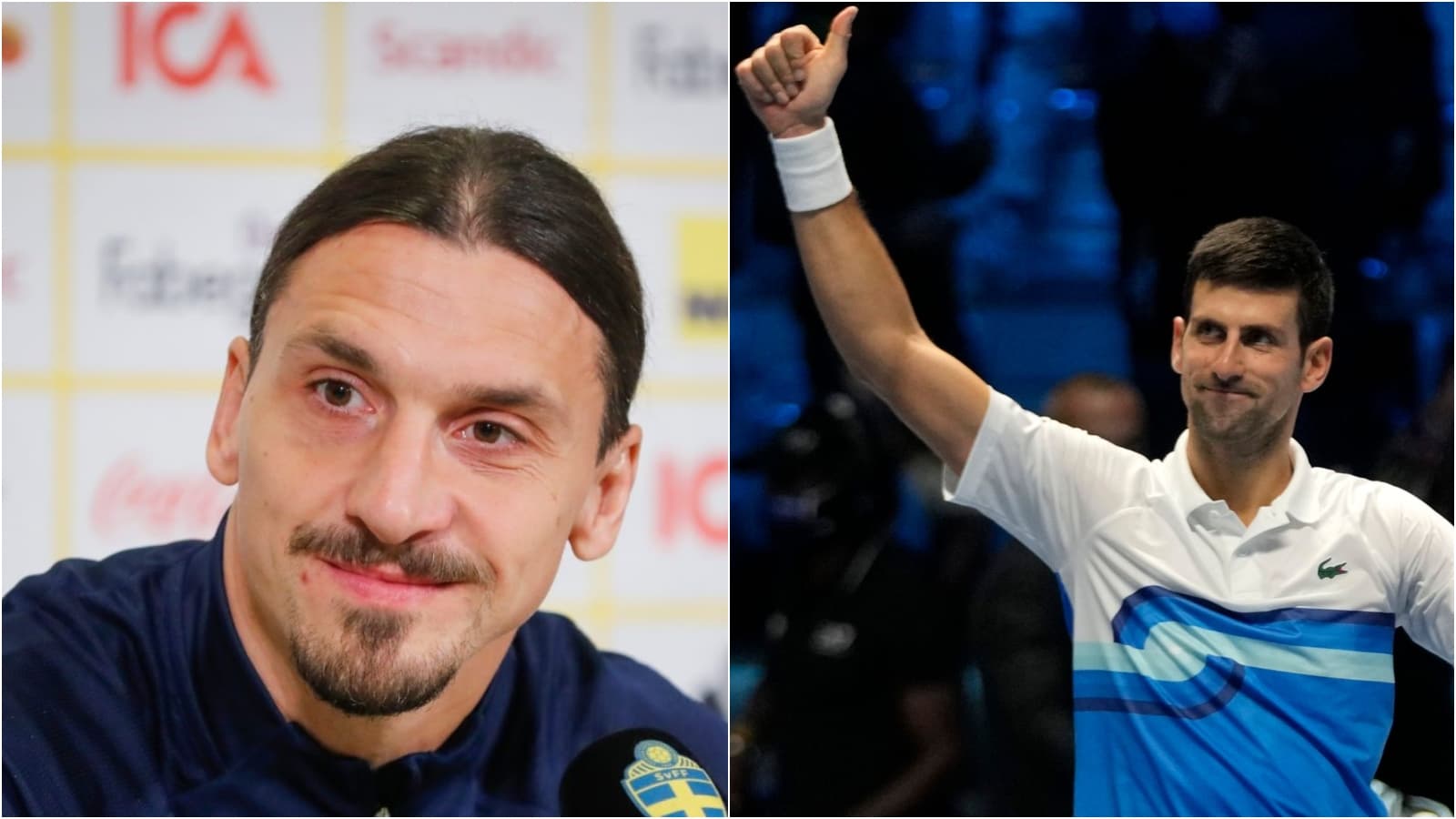 Novak Djokovic has been enjoying life this season. Apart from collecting the biggest of titles, the Serbian has broken records at will and is yet not done for the season as he is currently playing at the 2021 ATP Finals in Turin, Italy where he is looking to become just the 2nd man after Roger Federer to win the prestigious trophy for the 6th time.

Novak has begun well at the tournament as he went on to defeat debutant Casper Ruud 7-6(4), 6-2 in the first round-robin match. While Ruud was making his debut at the Year-End Championships, the 5-time champion proved to be too good for the Norwegian who will now need to win both his matches and hope other results go in his favour in order to qualify for the semis.

Djokovic had a pleasant surprise waiting for him when his good friend Zlatan Ibrahimovic dropped in to meet him while he attended the Day-2 of the tournament. Zlatan and Novak have been good friends for a long time and have admired each other publicly. Zlatan is currently playing for the A.C. Milan Football Club and travelled to Turin to attend the ATP Finals and also catch up with Novak.

Djokovic after his win against Ruud will now be playing against Russia’s Andrey Rublev who comes into the clash with a win over World No. 4 Stefanos Tsitsipas. Rublev won the match 6-4, 6-4 against Stefanos and will meet Novak for the first time ever in a professional match.