Russian high jumper, Maria Lasitskene will be the gold medal favourite at the upcoming Tokyo Olympics. With her recent jaw-breaking performances the stage is set for her to claim her first Olympic title.

Lasitskene had shocked the world as she won 45 competitions in a row, from 1st July 2016 and 30th June 2018. In this span of two years, she ruled high jump every time she competed taking the Anniversary Games, World Indoor Championships, and the World Championships. Her winning streak suffered a hiccup after she placed third in the Rabat Diamond League.

Maria Lasitskene couldn’t participate in the Rio Olympics following the ban on Russian track and field athletes. However, her jump of 2m the same year in a domestic competition could have easily secured the gold medal in Rio. In April 2017, her application to play as a neutral athlete until Russia is reinstated was accepted allowing her to resume international tournaments. And the European champion hasn’t looked back ever since, improving on her own world-leading performances and winning titles after titles. She became the first high-jumper of either gender to win three World gold medals after her victory at the 2019 Doha World Championships.

Outside of her illustrious track career, the world no. 1 is married to sports journalist and commentator, Vladas ‘Tashev’ Lasitskas. Here’s taking a look at who he is.

Vladas Lasitskas is a famous sports journalist working as a commentator and news anchor for the Eurosport Russia channel system. His main specializations are tennis and football. In 2017-2019, as a part of the Eurosport team, Lasickas took part in the exclusive coverage of the Australian Open, Roland Garros, US Open, and the Wimbledon from the scene.

In his long career, he was the commentator for the tennis matches in the Rio Olympics and has worked from the scene in Athens, London, Sochi, and Turin Olympics. Lasickas has worked for multiple Grand Slam tournaments, biathlon World Cup stages and at away matches of the Russian football team as well.

Also Read: Who is Armand ‘Mondo’ Duplantis girlfriend? Know all about Desiré Inglander 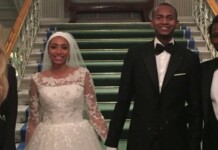 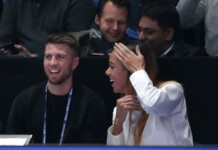 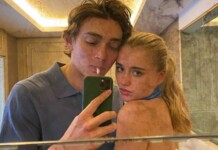 Who is Armand ‘Mondo’ Duplantis girlfriend? Know all about Desiré Inglander