Seth Rollins is one of the most decorated superstars in all of WWE. He is always praised for his in-ring ability and his agility. The Architect is considered the future of WWE and is currently a top-tier superstar of the SmackDown roster.

Rollins has won numerous championships and is a grand slam champion. He has previously won the Money in the Bank contract match in 2014 and the Royal Rumble match in 2021. Not only that but he has also helped many young and underrated superstars get the spotlight. Dominik Mysterio and Murphy are two young superstars whom Rollins has helped create some momentum in recent times.

Seth Rollins is currently married to fellow WWE superstar Becky Lynch and the two are considered one of the best couples in WWE. Rollins and Lynch engaged in August 2019 which was one of the best years of their careers as well. Both the superstars won the respective Royal Rumble match in that year and also became champions at WrestleMania 35.

Becky Lynch, since her debut, has been seen having two best friends in the WWE roster. One of the them is the inaugural Universal Champion Finn Balor and the other is her husband Seth Rollins. Lynch and Rollins addressed the start of their relationship during their interview.

The two said that initially they had no plans to get into a relationship and were best friends. Rollins though pitched the idea of the relationship and the two started dating. They two publicly announced their relationship during a Twitter brawl between Edge & Beth Phoenix and Becky Lynch.

The couple has also competed in mixed tag team matches and have been victorious in all of them. The two were a part of a winner takes all match for the Universal Championship and the Raw Women’s championship at Extreme Rules 2019. The two successfully defended their championships against Baron Corbin and Lacey Evans in one of the best matches of the year.

After Money in the Bank 2020, Lynch relinquished the Raw Women’s Championship and announced she was expecting a child with Rollins. The couple welcomed their first child in December 2020 and named their daughter Roux.

In June 2021, Rollins posted a story on Instagram hinting that he was marrying Lynch. WWE then officially announced the couple’s marriage which made their fans very happy. 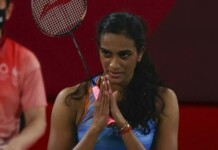 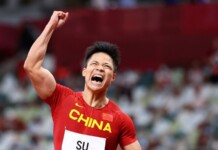 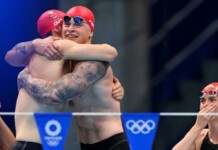