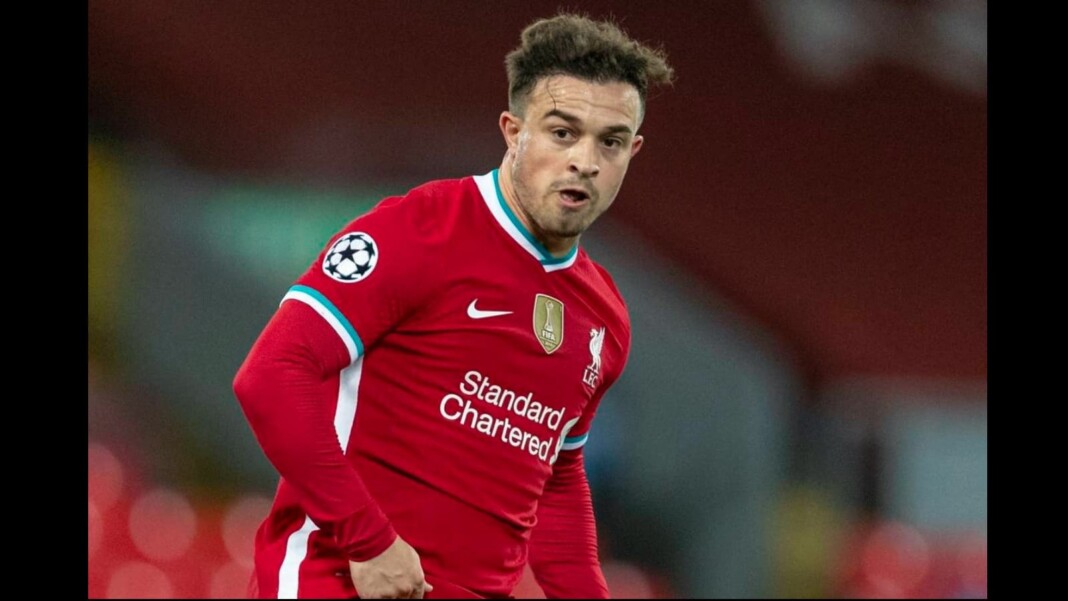 One of the skillful Liverpool players, Xherdan Shaqiri is rumored with a move away from Merseyside going into the Premier League 2021/22 season. However, the move might not be difficult as he has no family barring his parents. You might ask, are you serious? Yes, there is no clarity on Xherdan Shaqiri’s girlfriend.

There are few rumours regarding the player’s romantic relationship with a model or celebrity. However, there is no evidence about Xherdan Shaqiri’s girlfriend. In our next section, we will look at the rumored girlfriend of Shaqiri.

Dhurata Ahmetaj is a world class singer and has produced multiple albums which has won the hearts of music lovers across the globe. There are also rumours that Dhurata Ahmetaj has recently split up with the Liverpool star.

On the other hand, there are few rumours surrounding that Xherdan Shaqiri is dating Angelica. Both were spotted flirting in a cafe in Stoke City. However, the player had cleared the rumors regarding his relationship with Angelina.

Ever since his move to Anfield, Xherdan Shaqiri has featured in 45 games for the Merseyside outfit. In these games, he scored seven goals and had five assists to his name. He helped Liverpool to register the famous 3-1 victory against Manchester United which led to Mourinho’s sacking.

At the moment, Xherdan Shaqiri is focused on his footballing career. When he was asked about his rumored move away from Anfield, he said that he will look how to continue about his future in the English Premier League: