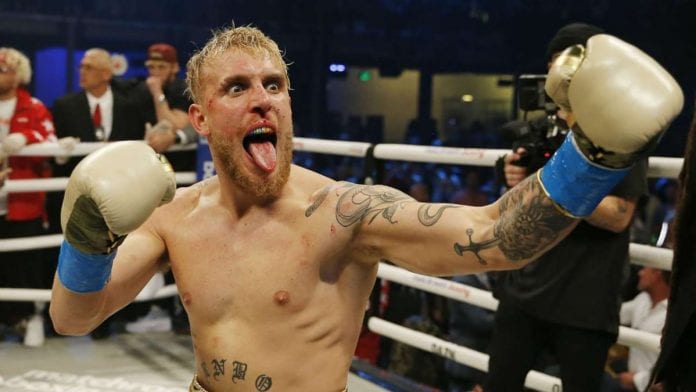 If there is one name that aggravates combat sports fans and spectators, it is undoubtedly the YouTube kid turned boxer, Jake Paul. Call me an old head but the event of Jake Paul vs. Ben Askren was embarrassing to combat sports. The former Bellator champion, Olympic wrestler lost the boxing match in under a minute causing havoc in the MMA world and social media. Though Ben lost the fight he happily walked away with a bag of money which quite possibly is the highest he’s ever earned in a single match.

It is very clear that the legitimacy in these exhibition/pay-per-view fights panders mostly to the audience that is remotely into the sport of boxing or any other combat sports. The fights are promoted with a lot of pop culture icons and references so that they can attract views from the millennial generation. I don’t take away from the hustle that these promoters put into to reel in the audience but here’s why it damages the image of combat sports.

Leading up to the fight, Ben Askren was coined as the representative of the MMA sport and Jake Paul representing the sport of Boxing (though the YouTuber has not fought a boxer yet). The narrative ended going against MMA as Ben Askren dropped in the very first round. Several MMA stars like Tyron Woodley, Colby Covington, Dana White, Georges St-Pierre and more had Ben Askren to win it for the sport. To be fair to Askren, that was too much to ask from someone who took up this fight purely for the pay.

Following his loss, respected fighters who are at their end of the career are giving into Jake Paul and his bait and calling him out. One such instance is Dustin Poirier and Mike Perry discussing about representing the MMA world which honestly is a sad scene. Mike Perry is at the end of his contract with the UFC and he will be seeing a lot of disrespect coming his way just to sell the show, putting MMA in a bad light.

What MMA veterans and legends think of the Jake Paul fight

Recently on the Joe Rogan podcast MMA legend GSP who is a two-division champ spoke about the Ben Askren and Jake Paul fight. The welterweight legend leading up to the fight told Joe Rogan how everything rides on Ben Askren. “He has to train well, otherwise it is going to look bad, not only for MMA but for the sport of boxing,” he said on the podcast.

The hosts of the YouTube show Weighing In, John McCarthy and Josh Thompson were absolutely disgusted with how Triller went about the fight. “This type of sh*t, it’s not going to sell, and if it continues to sell, this is where boxing is headed then,” Thomson said Sunday on the “Weighing In” video podcast. “Total sh*tshow. I feel bad for the real boxers out there.” Josh and John feel bad for the boxers that give everything for the sport and get paid less than the two headliners.

All these exhibition fights do is take away the eye from fighters that do it for the sport and put their heart and soul into it. No on is tuning in to see Jake Paul or any other YouTuber fight because they are good or gifted in the sport. They tune into see what “crazy” thing might happen and which Pop star will perform. This kills the purism in the sport.