After 3 long years Geeta Phogat is all set to make her comeback at the National Championships. The veteran grappler is all set to make a memorable comeback and will be looking to banish the nerves of a big tournament. Geeta was the first Indian woman to win a Commonwealth Games medal back in 2010.

While Geeta is not short on motivation, she admits that she is a bit nervous. People have questioned her age and fitness a she is on the verge of turning 33 and have gave birth to her first child. Despite all the nagativity, Geeta Phogat is focused on agging the gold medal on return.

“A lot of people tell me that age is not on my side. You know how people are. They keep telling me these things,” Geeta told PTI.

“But look at Maria Stadnik (from Azerbaijan). She is 33-plus and a mother of two. She has four Olympic medals and is a multiple-time world medallist. If you have fitness and you are focused, you can do it. I have worked hard on fitness and it’s time to prove myself yet again,” the wrestler said.

“The sport is in my blood,” Geeta Phogat not ready to hang her boots

Geeta Phogat was one of the pioneers when it comes to women’s wrestling in the country. She was on eo fthe first Indian female wrstlers to make a mark on the international level. Having gone through a sabbatical, Geeta admits that she is not ready to quit the sport and even the tohught of it spine chilling.

“I have got a lot of success in my career but I have not yet got that feeling that it’s time to quit. The sport is in my blood. I have been doing it for 20 years. Mann nahi maanta chhodne ka. The thought of leaving the sport scares me. I have Paris Olympics in mind,” Geeta added.

Three years is a long time, especially when it comes to sport. Women’s wrestling has evolved a lot off late and Geeta Phogat is well aware of the challenger that lies ahaead of her. She shares that the game has become fast now and it is more about playing smart and better technique recently.

“The standard of women wrestling has really gone up in India. It’s at a different level now. Wrestling has become fast now. Now we work more on sharpening technique and playing smart. The government is also now supporting sports persons and that is also making a huge difference.” 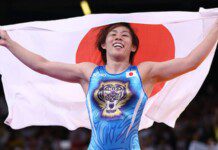 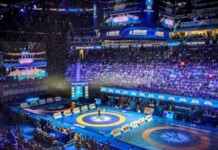