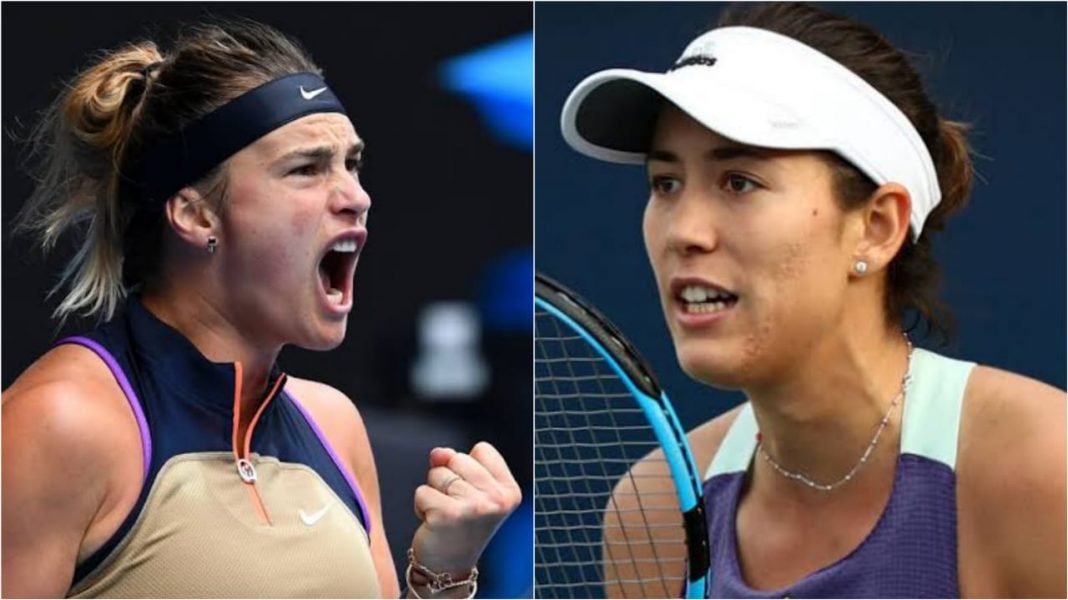 Defending champion Sabalenka has been in outstanding form after lockdown. Post the French Open she won three back to back titles, the Ostrava Open, Linz Open, and the Abu Dhabi Open.

In the Australian Open she gave a good account of herself before going down to Serena Williams in the fourth round. A two time champion in Doha, and fresh off a first round bye, Sabalenka is ready to defend her trophy.

Her first round opponent is Garbine Muguruza. Muguruza is a two time Grand Slam champion, and not many people can boast of that.

Muguruza was a runners up here in Doha back in 2018. In the Australian Open 2021 she lost to Naomi Osaka, but she was the only player in the tournament to take a set off Osaka. Osaka won all her other matches in only two sets. Muguruza beat Veronika Kudermetova 6-2 7-6 in the first round.

Sabalenka is a player that has immense power on both flanks, and she is her best on hard courts. Her only slight weakness is her game at the nets and her unforced error count. Muguruza is capable of beating anyone on her day, but she is not in her best form. It promises to be a ferocious contest, but Sabalenka will edge it.