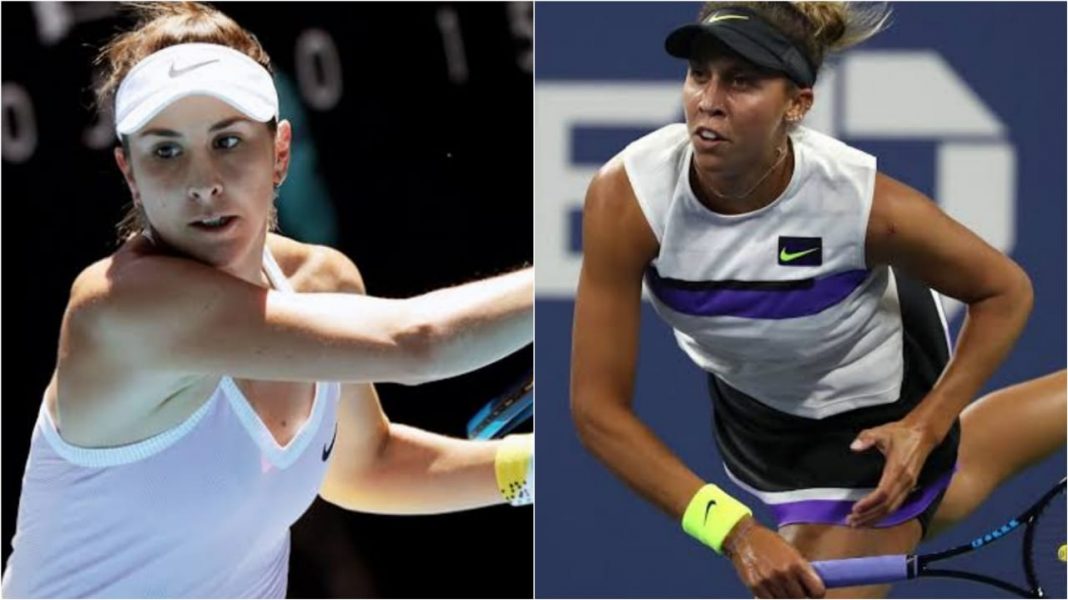 Belinda Bencic will take on Madison Keys in the First round of the Qatar Open 2021. Bencic is currently the World no.12 on the WTA rankings and Keys is the World no.19.

Bencic had missed both the US Open and French open last season, but has played in a few tournaments since then. She did ok in the Australian Open 2021, reaching its third round. In the Adelaide International that followed, she was a finalist. Her first round opponent at the Qatar Open is Madison Keys.

Keys last played on the tour in September at the French Open. She had plans of returning to the tour with the  Australian Open, but unfortunately she tested positive for Covid before the tournament. So it will be interesting to see if she is ready for competitive tennis after a gap of five months.

Bencic and Madison have met twice on the tour, and each player has won once, so the head to head stands at 1-1. Both the meetings were in 2015. The first match was at the clay courts of the French Open which  Keys won 6-0 6-3. The second match was a month later at the grass courts of East Bourne, where Bencic returned the favour 6-2 6-2.

Bencic has an all court game and has all the shots in the book. She is built powerfully and has a good serve too. Her biggest problem has been dealing with pressure. In the final of the Adelaide International, while playing Iga Swiatek, Bencic’s serve completely deserted her.

She must find a way to check that. Keys is an equally powerful player with ground piercing strokes on both the backhand and forehand. But she is lacking in game time, and that will be a huge factor. Bencic should win this.