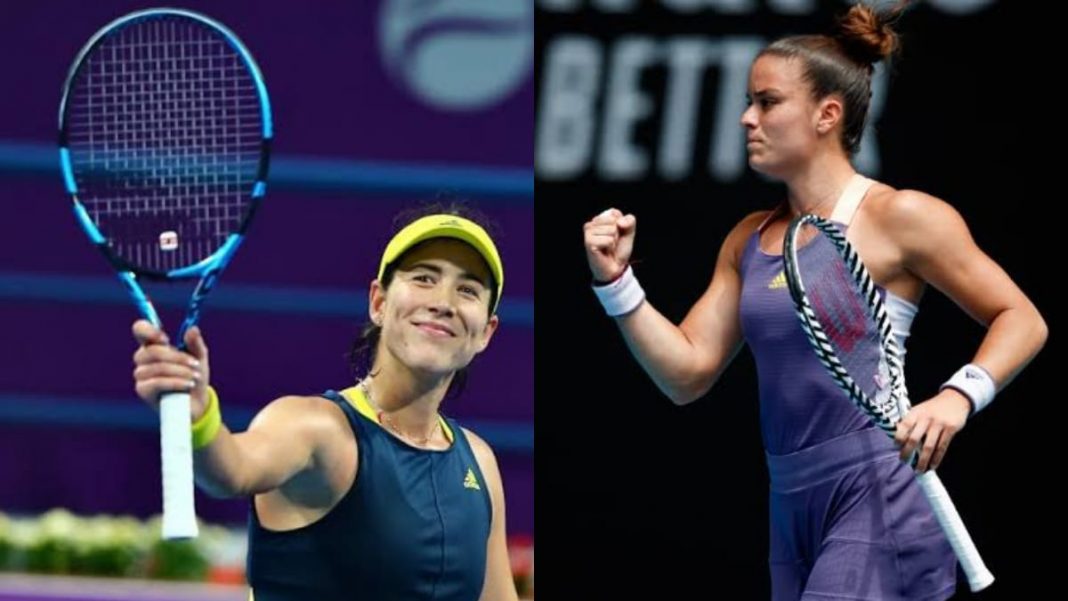 Muguruza is slowly but surely starting to look like the player who won two Grand Slam titles in two years, in 2016 and 2017. In her first round match against Veronika Kudermetova she dominated from start to finish to win the tie in straight sets 6-2 7-6.

Her victory over third seed Aryna Sabalenka though has been her most impressive one in the last few weeks. Muguruza showed passion and aggression in winning the match against and inform Sabalenka, she won in three sets 6-2 6-76-3.

Her opponent in the Quarter Finals is the Greek woman Maria Sakkari. Sakkari was in good form on hard courts before the Australian Open. In Fact in the Abu Dhabi Open she beat the top seed Kenin and also beat Muguruza. But surprisingly she got ousted in the very first round by Kristina Mladenovic.

In this tournament so far she has overcome Mayar Sherif, 6-0 6-3 in the first round and beaten Madison Keys, 6-2 6-2 in the second.

Muguruza and Sakkari have met just once before on the tour, it was at the Abu Dhabi Open in January 2021. Sakkari won that encounter 7-5 6-4. So she leads the head to head 1-0.

Muguruza plays an aggressive brand of tennis. Her game revolves around her strong serve and fiery groundstrokes. The general plan remains the same, serve out wide and then place the return deep in the opponent’s court. And while receiving, place the return deep, so that the opponent sends back a short return, which she can then come in and attack.

Against Sabalenka she followed this plan to the T and reaped the rewards for it. Sakkari also relies on her serve and powerful groundstrokes. Her second serve is better than average and against Keys she showed she can attack the serve as well, Muguruza should come through this encounter.