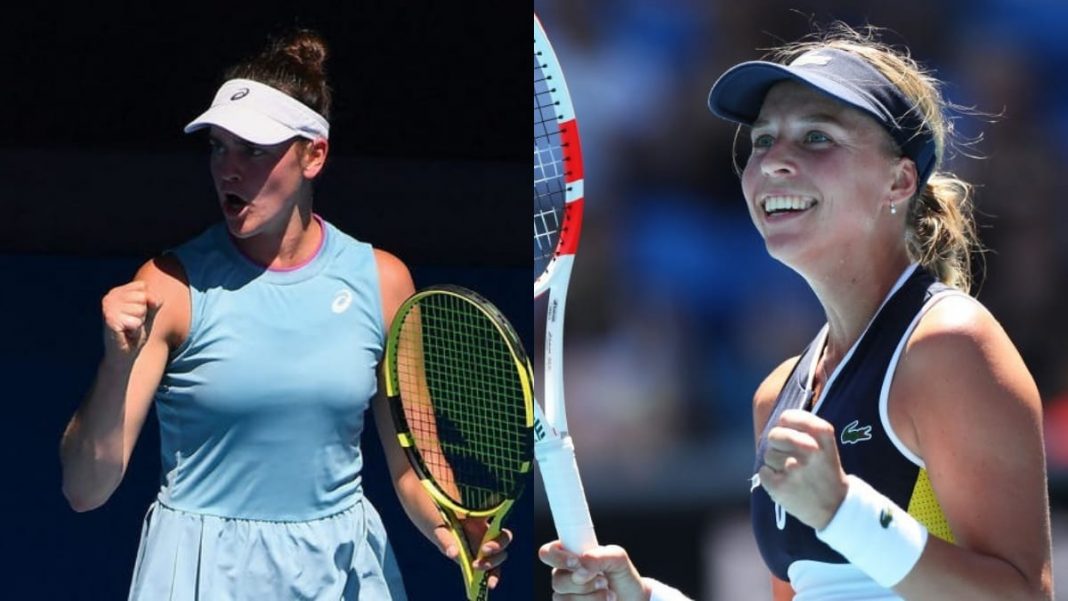 After bowing out due to injury in the first round of her maiden competition of the season at Abu Dhabi in January, Anett Kontaveit seems to have recovered a bit of the lost ground with a semifinal appearance at the Grampians Trophy and a third-round showing at the Australian Open.

At Grampians, she was aide by Victoria Azarenka’s withdrawal before going down in a tough, three-set battle against Maria Sakkari.

Wins over Aliaksandra Sasnovich and Heather Watson took her to the third round of the Australian Open where she fell to Shelby Rogers, losing easily 6-4, 6-2.

Kontaveit is coming off a solid showing last season, where she made it to the final of the Palermo Open and was a part of the fourth round at the US Open as well. While her form has tapered off a tad that can be expected from someone in a situation that a lot of the players found themselves in Australia with regards to the quarantine.

Jennifer Brady had made it all the way to the final of the Australian Open, her maiden Grand Slam final before the hard-hitting American went down easily to Naomi Osaka in the final.

Wins over Kaja Juvan, Donna Vekic, Jessica Pegula, and Karolina Muchova punctuated her performances that took her to the final. With that result, she also climbed to her career-best ranking of 13th in the world, and having lost in the second round of this tournament in 2020, it looks like Brady will have a chance to further grow on the WTA charts with a solid performance here.

Making her life difficult is the fact she will be up against a player who has beaten her in the past but most vitally has shown confidence when on top.

The world number 13, Brady and the 24th-ranked Kontaveit have faced off just once before this and it was the latter who won their second round match at the 2018 Wimbledon. Making their head-to-head 0-1 with Kontaveit in the lead.

Jennifer Brady is coming down from a really high level with Kontaveit being out of action since January. Brady made it to the finals of the Australian Open. So the odds are heavily stacked against Kontaveit with the way Brady has performed in the recent matches.