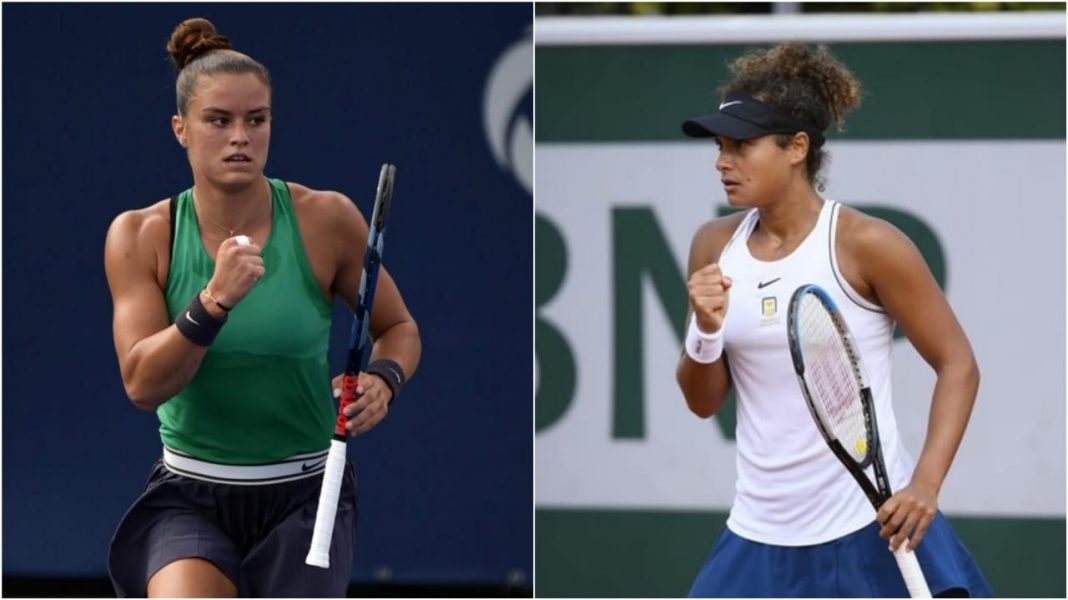 Maria Sakkari and Mayar Sherif will face off in the Round of 32 in the Qatar Open 2021. Maria Sakkari is currently ranked no.25, while her opponent is far below the table at no.118.

Mayar Sherif made history after beating Chloé Paquet in the Australian Open first round, becoming the first Egyptian woman to win in a grand slam main draw. Sherif then suffered a hard-fought loss to Slovenia’s Kaja Juvan in a three-set thriller. The 24-year-old won the opening set 6-3, before losing back-to-back sets 6-7 and 3-6.

Following her triumph in the 2020 CharlestonUS Open back in November she was ranked 132nd in the world WTA ranking. In the following two months she went up to 131st. Following her impressive feat in the Australia Open, she jumped 14 spots in the newly updated ranking putting her in 114th. Sherif now becomes the second-highest ranked African behind Tunisia’s Ons Jabeur who occupies the 31st position.

Maria Sakkari won her first WTA Tour title at the Morocco Open in May of 2019, beating former-world #5 and overwhelming favorite Johanna Konta from a set down in the final. She followed up her title win with a second Premier 5 semifinal appearance at the Italian Open. Sakkari then made yet another Grand Slam third round in Wimbledon, a semifinal at the Silicon Valley Classic and a quarterfinal at the Cincinnati Open. This string of solid results in big tournaments meant Sakkari qualified for the WTA Elite Trophy for the first time. Despite losing both matches, she finished 2019 with a career-high ranking of #23.  in 2020, Sakkari showed signs she is capable of going further in the biggest tournaments of the year.

She made two fourth round appearances in Grand Slams in 2020. She also made two Premier semifinals and a quarterfinal appearance at the Premier 5 Cincinnati Open. Anyone watching her play last year saw a newfound belief and confidence in her game. She believes she can take on and beat the best in the game and is starting to get the results to support that belief. She may not be a solid pick to win Grand Slams this year, but she is certainly a justifiable dark horse at every one of them.

This will be the second meeting of the players the first time was on clay in Spain in 2013. Mayar Sherif excelled that day and thus holds a lead of 0-1.

Maria Sakkari has been doing well recently. However her win to loss ratio on hard court is same as Sherif. She does have a higher number of games on higher.

Sherif on the other hand made it to the second round of the Australian Open.

Both these players are relatively new and it is really hard to make a prediction based of their current performance. But it would safe to place your bets on Maria Sakkari.

FS Desk - April 11, 2021
There are rumors of a new pet Moony being included in Free Fire in the leaks of Free Fire’s latest update, the OB27 which...