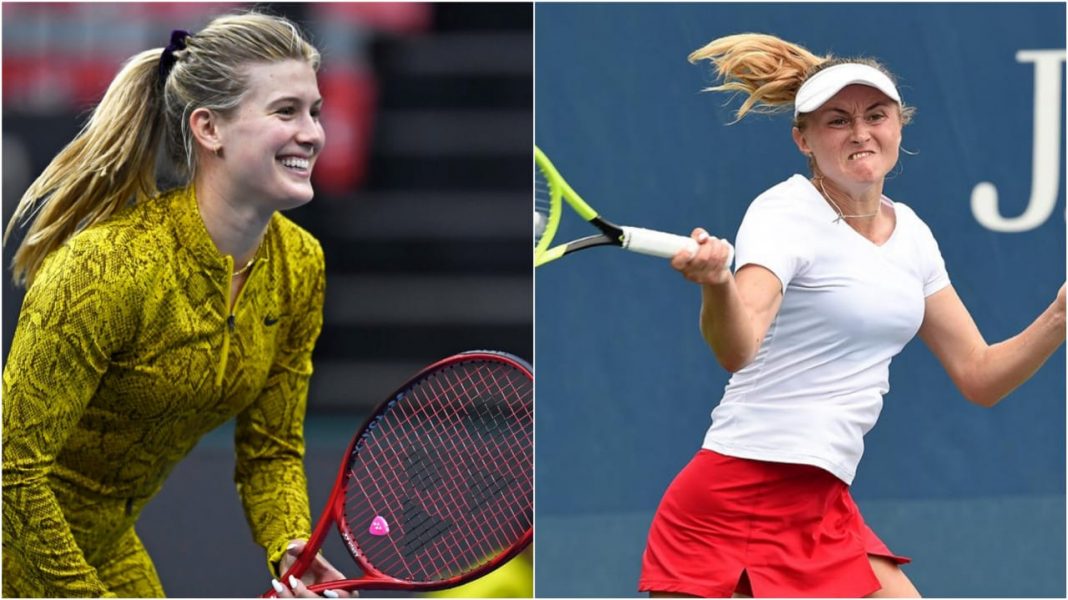 Eugenie Bouchard was knocked out in the second round of qualifying for the Australian Open by Chinese player Yuan Yue. Now ranked at no.142 in the world, these kind of defeats are no longer hard to stomach for a player who has been on free fall for the last five years.

Yue occupies a spot outside the top 200 and was 5/1 to beat the Canadian. Somehow Bouchard lost easily and she did not make the trip to Australia altogether, even to play at the makeshift events. It is the second straight year Bouchard has failed to reach the main draw of the year’s first Grand Slam.

Instead, the 27-year-old elected to play in Lyon where she has been granted a wildcard entry by the tournament organizers. Bouchard who celebrated her 27th birthday a few days ago is completing a mandatory quarantine and it will be intriguing to see where her fitness level is at. Bouchard’s last tour-level win came at the French Open last autumn.

Aliaksandra Sasnovich is yet to win back-to-back matches this year, but at the Phillip Island Trophy a fortnight ago she was an overwhelming favorite to win her second round match.

Sasnovich was playing world no.566 Gabriella Da Silva Fick from Australia, but incredibly, let slip a 5-3 lead in the third set and lost in a final set tiebreak. There were handful of upsets at the event, which begged the question as to whether majority of the top 100 players found any motivation to play a tournament in the middle of a Grand Slam.

There was also a third round showing at the US Open. And had it not been for the adjusted ranking system, the Belarusian could have quite easily been a top 60 player at the year end. She arrives in Lyon ranked at no.92 in the world, and is 4-4 for the season.

This will be the first meeting between the players. Bouchard, who has gained entry into the tournament as a wildcard, has never played Sasnovich before this.

Sasnovich has secured three match wins under her belt at this early season and is probably in good stead heading into Lyon. And given Bouchard’s recent loss at the Australian Open qualifiers. It’s safe to bet on Sasnovich given her recent performance.

Match Prediction: Sasnovich to win with two sets to one.