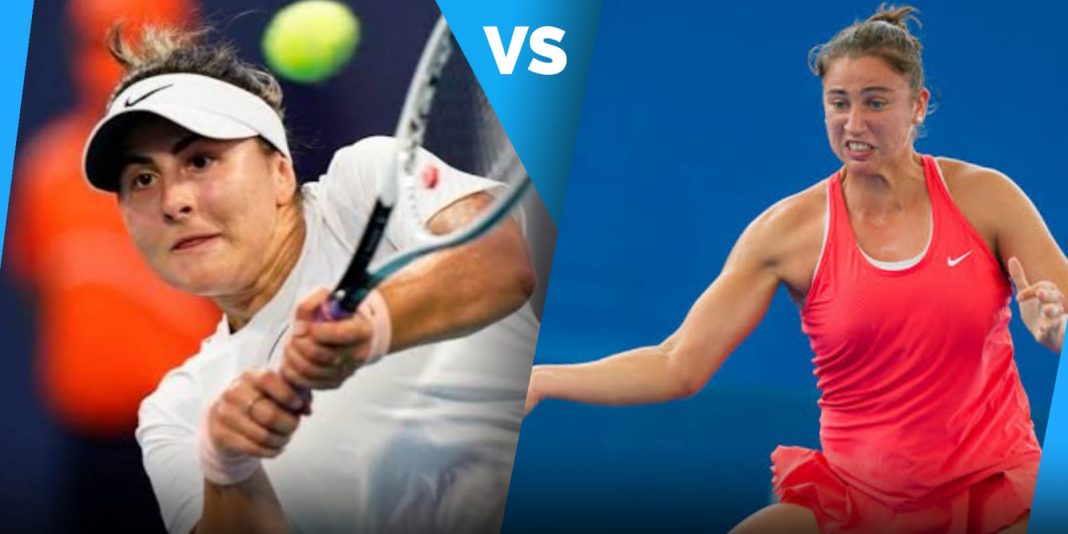 Bianca Andreescu and Sara Sorribes Tormo will meet in the Quarter-Final of the WTA Miami Open, 2021. Andreescu will a slight upper hand while coming into the Last 8 of the tournament.

Playing only her 3rd tournament of the season, former US Open champion Bianca Andreescu looks in good touch at Miami. She was not been in best for her form in the previous tournaments she played. She bowed out of the second round of the Australian Open and reached the semi-finals of the Philip Island Trophy.

This week at Miami, she defeated Tereza Martincová in straight sets in the Round of 62. She was took to the distance in the following two matches against Anisimova and Muguruza.

Her opponent, recently won her first WTA title in Guadalajara, where she upstaged several big names – including Eugenie Bouchard in the summit clash.

She came through a roller-coaster affair against Tunisia’s Ons Jabeur on Monday. Having outlasted such a tricky opponent in difficult conditions, the Spaniard’s confidence level would be sky-high right now.

This is set to be the first career meeting between Bianca Andreescu and Sara Sorribes Tormo, so their current H2H stands at a 0-0 deadlock.

Although there is a huge gap in rankings and reputation, this encounter looks like it’s headed towards a close finish. Both Andreescu and Sorribes Tormo enter this contest as aggressive hitters of the tennis ball, and neither is likely to give the other even the slightest of spaces.

The young Canadian is a fierce hitter and is known for her big forehands. She also has a lot of experience with three setters in her young career. It will be a test of character for both players, but expect the 8th seed may ultimately prove a little too strong to fend off.

Also read: ‘They do not have respect for the best in the world,’ Novak Djokovic’s father compares irregularities between the ‘Big 3’