In the quarter-final clash at the Emilia-Romagna Open 2021, World No. 108 Sara Errani will be up against World No. 65 Sloane Stephens.

Sara Errani will be playing her second quarter-final when she takes the court at the ongoing Emilia-Romagna Open 2021. Her first quarter-final of the season which is also her best run so far in 2021, came at the Copa Colsanitas 2021. Apart from that she has made early exits at the tournaments she has been part of.

She comes into this quarter-final from a straight-set victory in the first round and was in the 3rd set of her second round match when her opponent Sara Sorribes Tormo had to pull out due to an injury in her left thigh. The match was levelled at 4-6, 7-5, 2-2 when the withdrawal happened.

Sloane comes into the tie from a straight-set victory in the first round followed by a closely contested 3-setter match in the second round that sees her qualify for this clash.

This will be the 3rd meeting between the duo which takes place after 9 long years. They have met on the Hardcourts on both the occasions and this will be their first Clay meeting. The head-to-head is currently tied at 1-1 with both of the players having won one match each.

Sara has been struggling for quite some time, but on Clay she has played some of her best tennis of recent times. Her majority of victories have come on Clay where she is 13-8 since the last season. Sloane however has struggled on Clay, being 8-7 on Clay since 2020. Sara has slightly better chance than Sloane looking at her overall form this year and also on Clay. 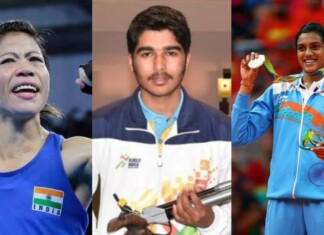