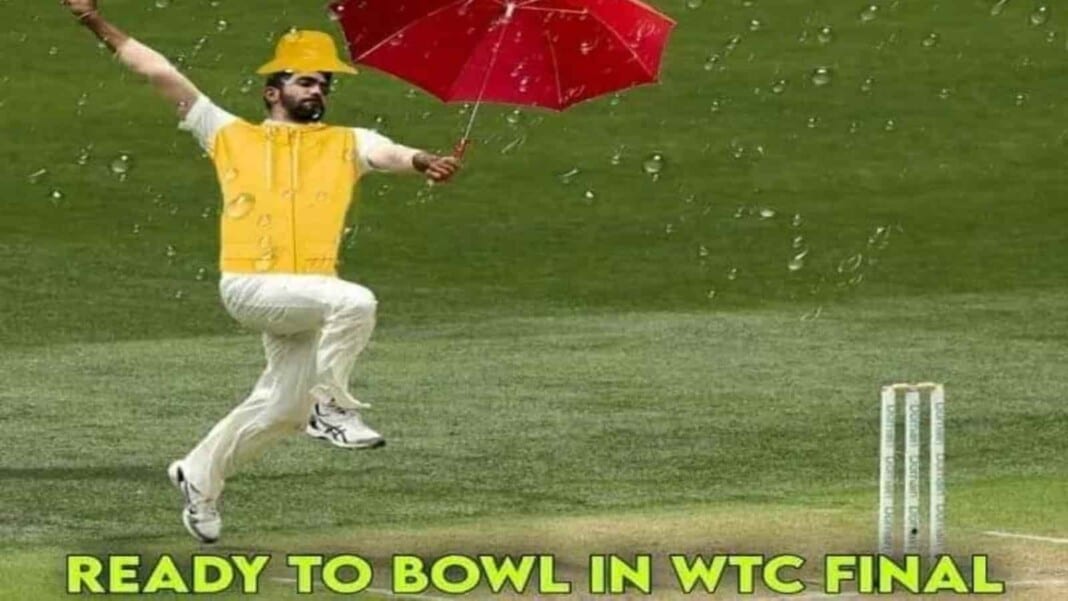 Rain is taking a huge toll on the World Test Championship (WTC) final, as the whole day 1 was washed away on Friday. The WTC Final between India and New Zealand has been one of the most awaited Test tournament for cricket fans. However with rain playing a major part resulting in Day 1 being washed away. According to the ICC rules, the reserve day of the WTC final now comes into play.

The much-awaited ICC WTC final is being played at the Rose Bowl Stadium in Southampton. It started raining from early morning in Southhampton and the toss could not take place. The first session of play was also washed away without a single ball bowled. After a series of inspections by the umpires, it was decided to call off play for day 1 of the WTC Final.

Even though play could not proceed on Day 1 of the test match due to rain, creative fans took to Twitter and reacted with hilarious memes.

Here are some more memes;

Also Read: ‘I see India have been saved by the weather’ – Former English Cricketer Michael Vaughan