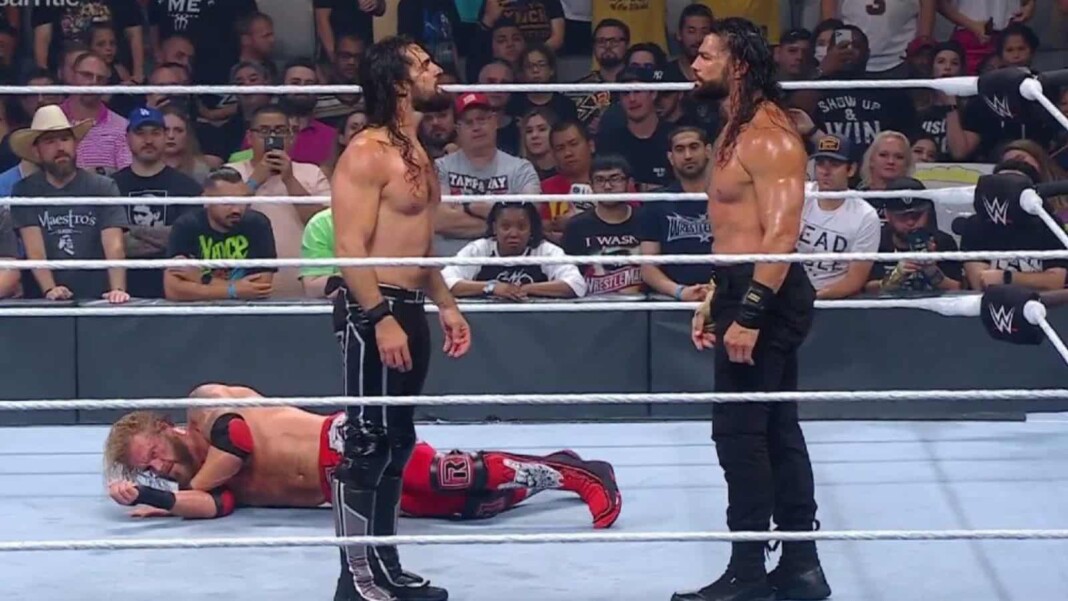 SummerSlam is set to take place on August 21 in Las Vegas. The 34th edition of the Biggest party of Summer would be the second pay-per-view after the return of WWE Universe. The event could be one of the best pay-per-views in years as the storylines developed till now make a lot of blockbuster matches.

There are 3 matches that are currently being built up to take place at the event. All the three matches include three legends and three current superstars. The matches are all dream matches and could get a huge pop from the fans if the storylines get a good buildup.

Matches that could take place at Summerslam:

Though this match was not expected by anyone, it could be a battle of two powerful legends. The WWE Champion Bobby Lashley has been having a great title reign since his championship victory. On the other hand, Goldberg returned on Raw recently and challenged Lashley for the WWE Championship.

The match could be the show stealer of the show because of the abilities both the men possess. The match is now confirmed to take place at SummerSlam and the two powerful veterans can take the fans of Las Vegas to a completely different level of entertainment.

Roman Reigns has been on a completely different level of dominance since his return. The Tribal Chief has held the Universal Championship for about an year and has taken everyone out of his way. John Cena on the other hand returned to WWE at Money in the Bank and stood face-to-face with Reigns.

Reigns retained the Universal Championship at Money in the Bank by pinning Edge. Though he came out of the pay-per-view as the champion because of the help of Seth Rollins, he didn’t wait a minute to show himself the best.

During the match, Edge pinned Reigns for about 5 counts but the referee was not present. The Rated R superstar also had the crossface locked with the steel rod, Rollins super kicked him. Not only that, but Rollins also distracted Edge allowing Reigns to deliver a spear and win the match.

After the match, John Cena returned and stood eye-to-eye to Roman Reigns. Though there was no action seen between the two, the match for SummerSlam was teased.

Edge returned to WWE after his injury at Royal Rumble 2020. Though he has taken some breaks since then, his presence in events after the return of WWE Universe would be very interesting. Rollins has been one of the best heels in WWE since late 2019.

Rollins vs Edge match at SummerSlam is another dream match which would be a fan favourite as well. The storyline has already started to buildup with the two men having high heat confrontations backstage. Not only that, but Rollins also attacked Edge at Money in the Bank where the Rated R superstar locked horns with Roman Reigns.

Edge and Rollins had a confrontation 7 years ago where Rollins had his foot on Edge’s neck. WWE has already used that confrontation to build the match which has almost confirmed the match for SummerSlam. With Rollins’ in-ring ability and Edge’s recent performances, the fans would be waiting for this match.