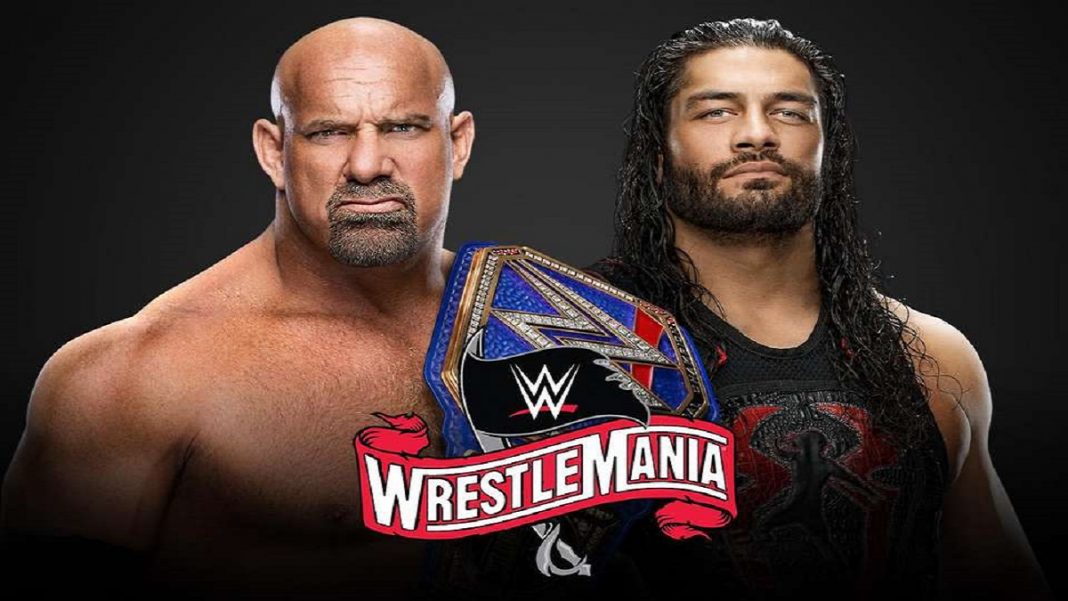 Last year at Wrestlemania 36, Roman Reigns was supposed to face Goldberg in a Universal Championship match. But Reigns backed out of the match due to the pandemic outbreak. Braun Strowman replaced him in the match and defeated Goldberg to win the title.

But for some reason, on the latest episode of WWE Smackdown, the Wrestlemania 36 match was advertised. The error occurred right before the show cut to a commercial. While Apollo Crews was shown preparing backstage for his segment, the text appeared on screen. The subtitle read – “Still to come LIVE on SmackDown – Roman Reigns vs Goldberg WrestleMania 36 continues.”

Goldberg is not scheduled to appear on WWE in the near future. So it is strange that the WWE production team had this text handy.

The Rated-R Superstar Edge will be facing Roman Reigns for the Universal Championship. On the other hand, the EST of WWE, Belair is going after Sasha Banks for the WWE Smackdown Women’s Championship.

Also Read: Triple H responds to Conor McGregor after he shows interest in a WWE match