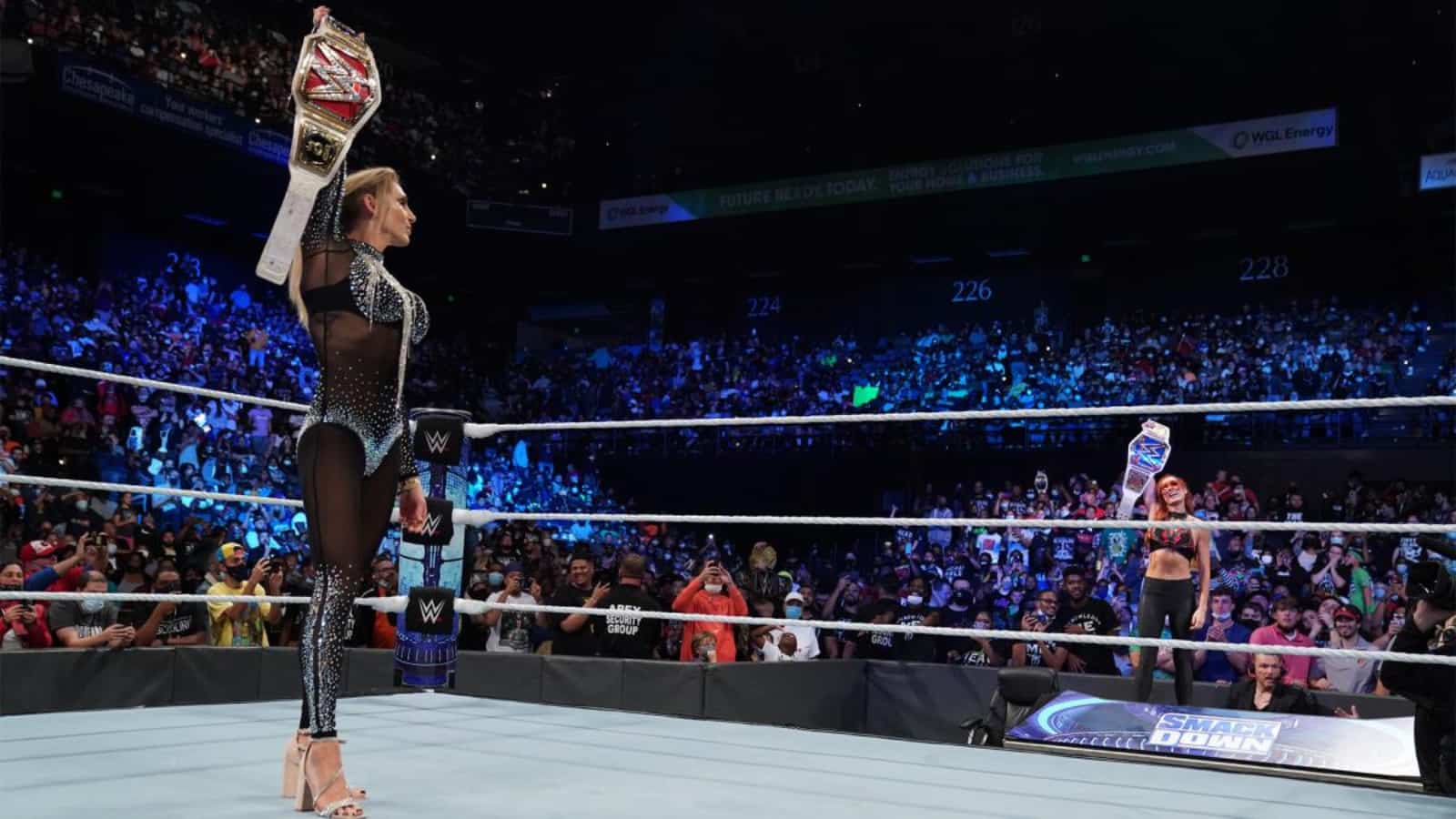 Becky Lynch, the current Smackdown Women’s Champion, is all set to team up with the Raw Women’s Champion Charlotte Flair, on the upcoming episode of the Red brand. The two Champions will be colliding against Bianca Belair and Sasha Banks, in a Tag Team match. Interestingly, all the 4 Superstars are currently feuding against each other.

Becky Lynch is scheduled to put her title on the line against Sasha Banks and Belair in a Triple Threat match at Crown Jewel. Interestingly, Flair was added to the mix, after she was drafted to Smackdown. While the draft has still not come into effect, the Superstars have been appearing across brands.

Charlotte Flair and Becky Lynch, the current Champions, have been constantly taking shots and attacking each other. Both of them want to become double Champions. The addition of The Boss and the EST of WWE has also made things even more interesting. Once the draft comes into effect, we could see feuds emerging among these 4 Superstars.

Lynch and Belair – could feud on the Red brand, whereas Charlotte Flair and Banks could dominate the women’s division on the Blue brand. Interestingly, none of these 4 Superstars are scheduled to participate in the inaugural Queen’s Crown tournament.

The WWE Draft 2021 was recently concluded. There were some really interesting moves, but some of the most surprising move involved the Champions. The Raw Women’s Champion Charlotte Flair was drafted to Smackdown, whereas the Smackdown Women’s Champion Becky Lynch has been drafted to Raw.

The Draft will come into effect only after WWE Crown Jewel and the most likely move for the Champions will be to switch their titles – similar to what the Tag Team Champions of both the brands had done last year. On the other hand, WWE could even have the two Champions feud against each other – with the idea of being Double Champions. Flair and Lynch’s recent interactions have opened up the possibility for this angle.