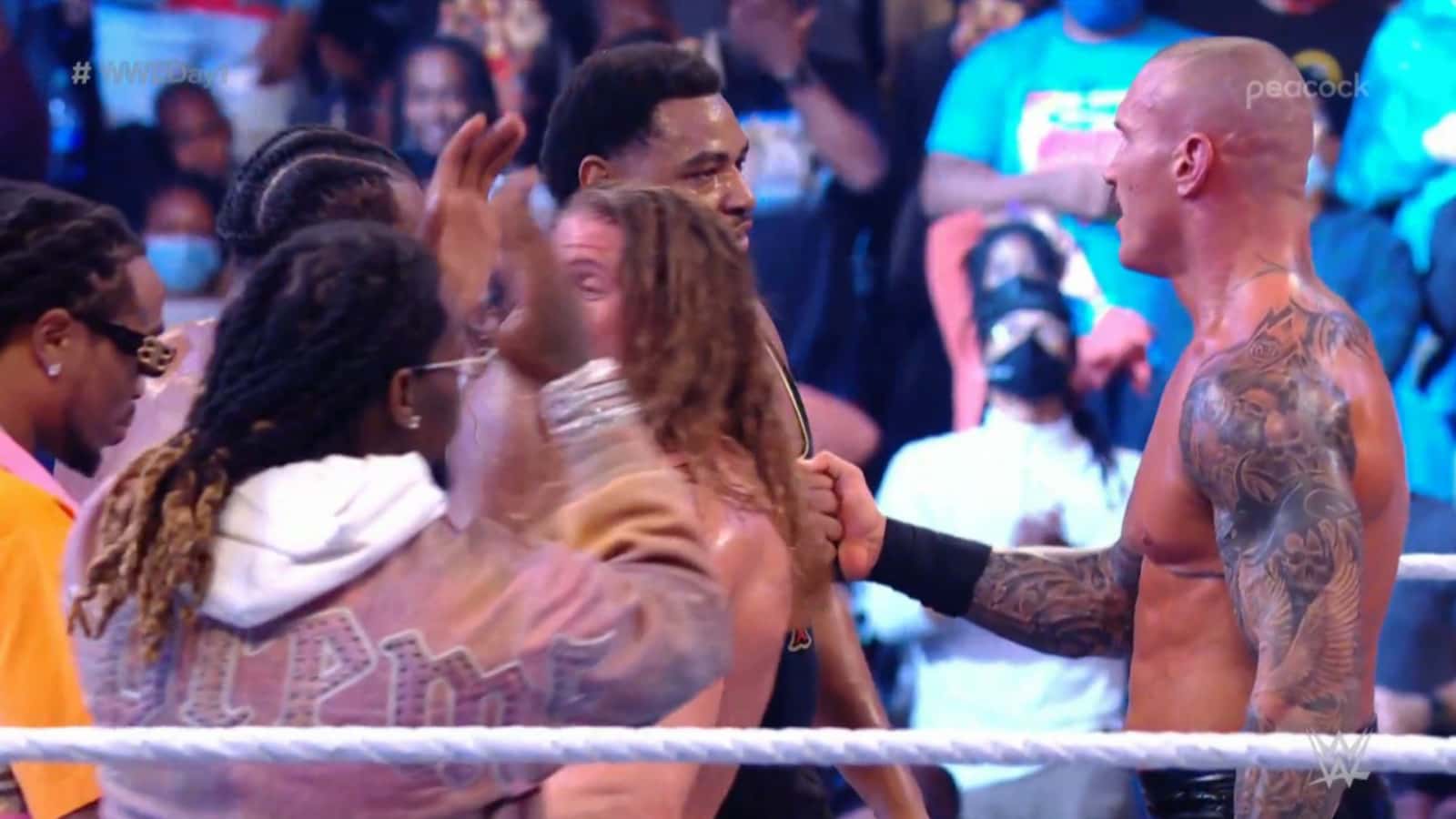 RK-Bro and Street Profits with the Migos

WWE Day 1 saw RK-Bro put their Raw Tag Team Championships against the Street Profits in a grueling match. The match saw RK-Bro successfully retain the championships and keep their entertaining reign continued. Though both the teams earned a lot of respect following the passive showdown between the two teams, the match didn’t see what everyone expected.

The match saw both the teams take each other to the limits using their strengths and weaknesses. Both the teams show great athleticism and dedication which brought the WWE Universe to their feet every alternate moment. The fans loved both the top babyface teams compete in a great tag team match which also hyped up the WWE Universe for Raw.

Now that RK-Bro has retained, the would be looking forward to the competition which is waiting in line to get their opportunities as well. The Street Profits could also continue to haunt their way into the Raw Tag Team Championship picture which could lead to another great showdown. Other teams will now be looking to challenge RK-Bro this week on Raw which could decide the future of the championships.

The WWE Universe had all respect for both the teams competing for the Raw Tag Team Championships. Here’s how Twitter reacted to the match:

ALSO READ: “Good lesson to always listen to that voice in your gut”; Dwayne Johnson reflects on his massive record breaking year