WWE Day 1 kicked off with the Usos defending their Smackdown Tag Team Championships against the New Day. The match saw the champions successfully retain their tag team championships and continue their dominant reign representing the Bloodline. The fiery match also saw the WWE Universe enjoy every moment and react to the supertstars.

The match saw the Usos have the upper hand in the beginning taking both the members of the New Day down when King Woods turned things around and took the upper hand. The match brought in athleticism, strength, and dedication to the WWE Universe which they loved. Throughout the match, the fans were excited to see what happened next which also forced them to begin chanting ‘This is Awesome’.

Now that the Usos have retained the Smackdown Tag Team Championships, the champions may be thinking of moving on and finding new challengers. But by the looks of it, the New Day will not leave the championships so easily. The Power of Positivity could be challenging the Usos once again in near future. Keeping their history in mind, it is hard to say that the two top tag teams of the wrestling industry will not live up to the WWE Universe’s expectations.

Fans had mixed reactions after the Usos defeated the New Day in one of the best matches in WWE. Here’s how Twitter reacted to the result of the match: 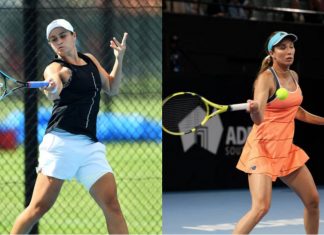