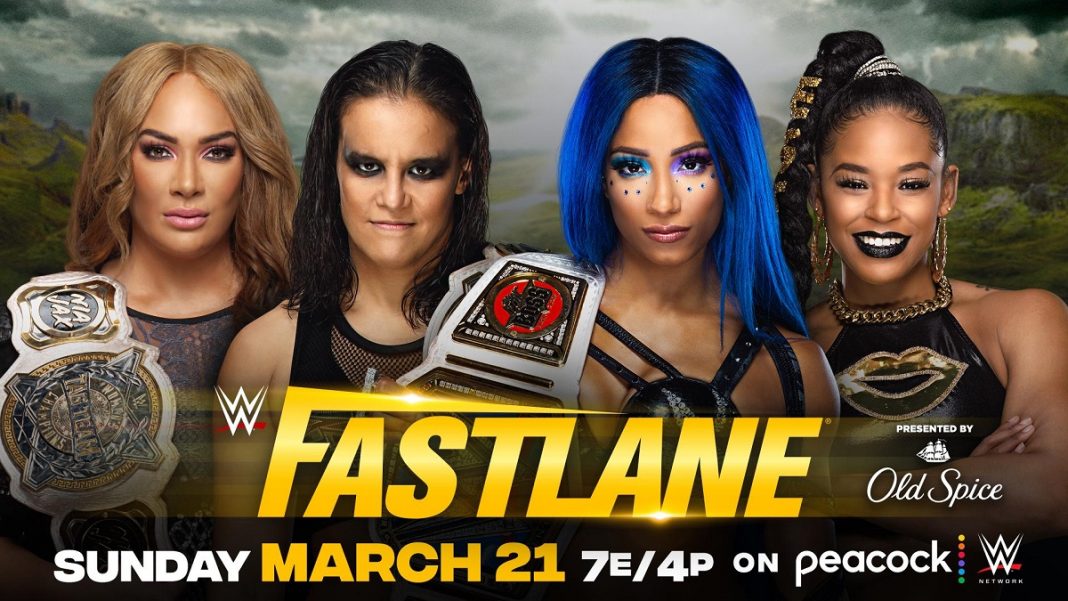 WWE is now gearing up for their final PPV, Fastlane, before Wrestlemania 37. The company announced a title match for the PPV. Smackdown Women’s Champion Sasha Banks will be teaming up with 2021 Royal Rumble winner Bianca Belair.

They will be taking on Nia Jax and Shayna Baszler for the WWE Women’s Tag Team Championship. They had faced off at the Elimination Chamber, but failed to win the title. But they’ve another opportunity at Fastlane. The match was officially announced on WWE’s social media platforms.

The team of Banks and Belair has confused the WWE Universe. Belair has chosen Banks as her opponent for Wrestlemania 37. They will be battling it out for the WWE Smackdown Women’s Championship. WWE could plan a loss for them at Fastlane in order to heat up the rivalry.

It seems unlikely, but there is a slight chance that Banks and Belair enter Wrestlemania 37 as Tag Team Champions. This is an opportunity for WWE to recreate history.

At Wrestlemania 23, WWE Champion faced Shawn Michaels, while the two were Tag Team Champions. WWE could decide to go on the same path for Banks and Belair.

Jax and Baszler are currently on a dominant run as the Tag Team Champions. They won the titles at the Royal Rumble kick-off show, defeating Flair and Asuka. Recently, they defended their titles on NXT, against Dakota Kai and Raquel Gonzalez. The match had a controversial end, but has given momentum to Jax and Baszler, heading into Fastlane.