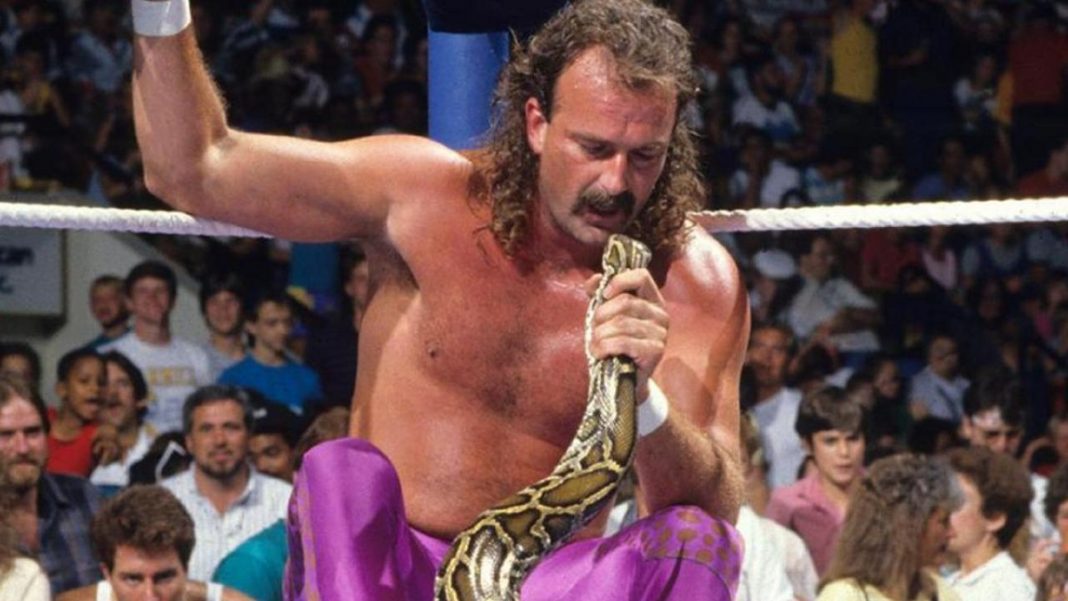 WWE CEO and Chairman Vince McMahon has approved several tasteless storylines over the years. But there is a general assumption that the storylines are approved only when the WWE talent is comfortable with it.

WWE Hall of Famer, Jake “The Snake” Roberts was involved in one such controversial storylines with Jerry “The King” Lawler. The story revolved around The Snake’s past addictions with alcohol, in 1996. The duo battled at Summerslam, in which Lawler poured Jim Bean on Roberts’ face after their match.

Roberts recently appeared on Inside the Ropes for an interview, where he discussed the storyline in detail. He made it clear that it wasn’t a storyline that he wanted to do and also painted McMahon and Lawler in bad light.

“Well, I thought it was a horrible thing for McMahon to ask me to do. It was cheap, it was disrespectful, it didn’t prove a damn thing other than the fact that Vince McMahon’s an a**hole, so there you go. Lawler, he’s in the the same boat. Both a**holes.”

Roberts has had a long battle against alcohol throughout his life. His whole battle has been documented in the movie “Beyond the Mat” and other such documentaries.

Even after this storyline came to an end, Roberts suffered for many years. WWE even sent Roberts to rehab on three separate occasions, but he continued to fall back into his addictions. But after a long struggle, Roberts got clean and was inducted into the WWE Hall of Fame in 2014.

Although, Roberts came out clean, he still hasn’t forgiven McMahon for the 1996 storyline. Currently, he works as the manager of “The Murderhawk Monster” Lance Archer at AEW.