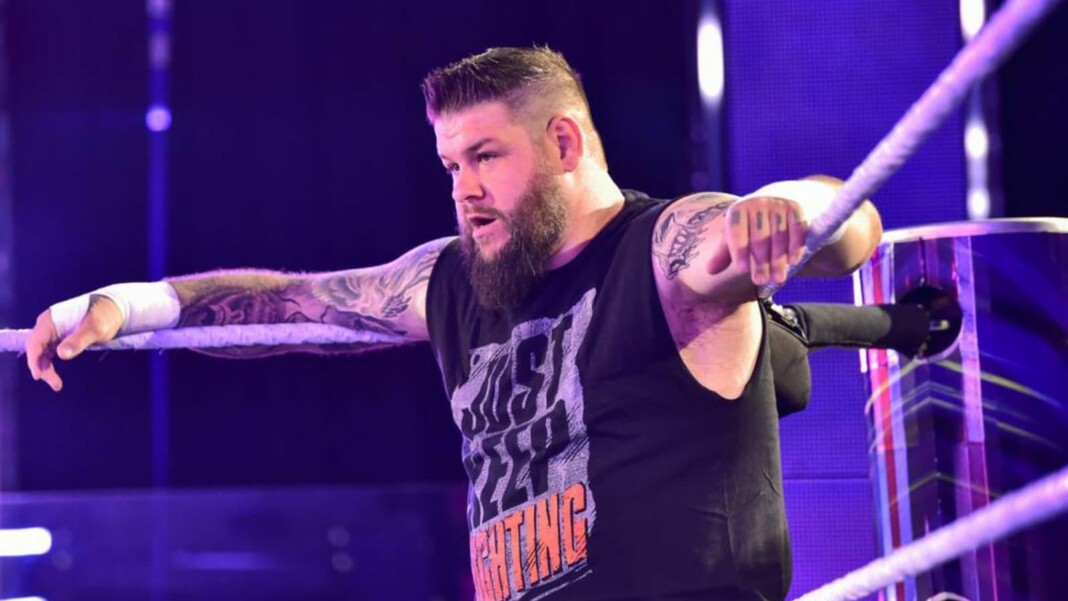 WWE superstar Roman Reigns is currently the most dominant superstar on the whole roster. Roman has wiped out all the big names in the WWE since his arrival in the blue brand. And it seems all the superstars who are competing in the ladder match for the Money in the Bank contract have their eyes set on Roman Reigns.

Earlier, WWE superstar Big E had expressed his desire to fight Roman Reigns if he wins the contract at the prestigious pay-per-view. He also said that he will not be going after his friend Kofi Kingston if he manages to snatch the Heavyweight Championship from Bobby Lashley. And now, Kevin Owens, who is also a part of the men’s Money in the Bank ladder match has declared that his target is none other than The Tribal Chief.

On an episode of  Talking Smack, Kevin Owens took the opportunity to personally call Paul Heyman on his phone. He had the Special Counsel to the Tribal Chief’s personal phone number and he wasted no time playing some mind games. Pat McAfee was co-hosting the show with Kayla Braxton this week, so the former counsel of Brock Lesnar couldn’t hear this message face-to-face.

Owens made Heyman recollect the fact that he told him months ago that the Money in the Bank ladder match is coming up, and he will emerge victorious in the contest. He followed it up with a threat toward Roman Reigns’ time as Universal Champion, a warning that he is coming for that title, in a bid to intimidate the champion.

Heyman replied only once to Owens when he said, “Sir, I’m sorry, you must have the wrong number.” Then he ended the call on Owens. It looks like the plot is getting complicated by the second as Roman Reigns has now emerged as a universal target. even John Cena, who has confirmed his return to the wrestling ring, is speculated to fight Roman Reigns anytime soon.