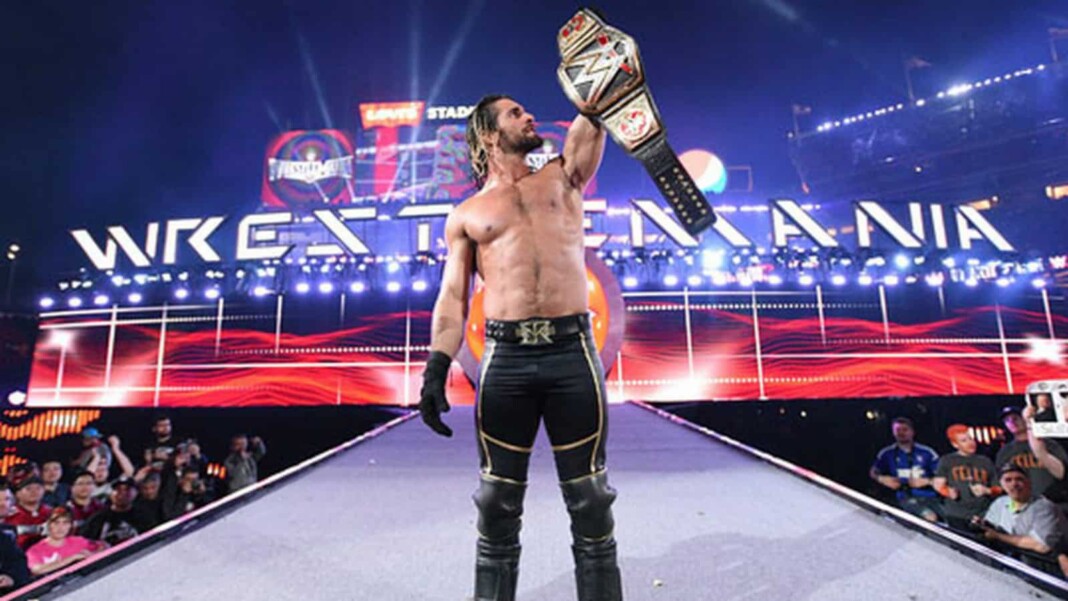 Seth Rollins is currently one of the most prominent superstars in WWE. He is well-known for his agility, technique, and in-ring ability. He is not only appreciated by the current era superstars, but also by legends like The Undertaker, Sting, Triple H, Stone Cold Steve Austin, and many more.

Rollins has won several championships in his career. Championship wins allowed him to create two records that are not known to many.

In 2019, he defeated Brock Lesnar at WrestleMania 35 to become the Universal Champion. Not only that, but he defeated the Beast again at SummerSlam 2019 which was one of the best matches of the year.

Brock Lesnar is one of the biggest superstars in WWE history. He is considered the best for the dominance and the technique he uses in his matches. Lesnar holds the distinctive record of only three WWE superstars to be able to defeat him more than once.

One of those three superstars is the Beastslayer himself who has defeated not twice but thrice. Rollins is also the only superstar to pin Lesnar twice and take the world championship from him thrice.

Rollins first defeated Lesnar when he cashed in his MITB contract at WrestleMania 31. Though he didn’t pin Lesnar in the match, he took the World Championship away from him. The Beastslayer pinned Lesnar for the first time at WrestleMania 35 where he won the Universal Championship. Rollins pinned Lesnar for the second time in 2019 at SummerSlam to become the Universal Champion again.

Seth Rollins holds numerous records in his name. He has defeated many top superstars and has mainly evented many pay-per-views, but this record discerns him from others.

#1 Rollins holds a very unique Money in the Bank record

Seth Rollins holds onto records related to the money in the bank contract. One of them is known to everybody but one is a very unique and a lesser-known fact.

Rollins is the only WWE superstar who has cashed in on the Money in the Bank contract at WrestleMania. He cashed in the contract at WM 31 during a match between Roman Reigns and Brock Lesnar with the WWE Championship on the line. He pinned Reigns in the match to become the WWE Champion. But that’s not the only record in his name.